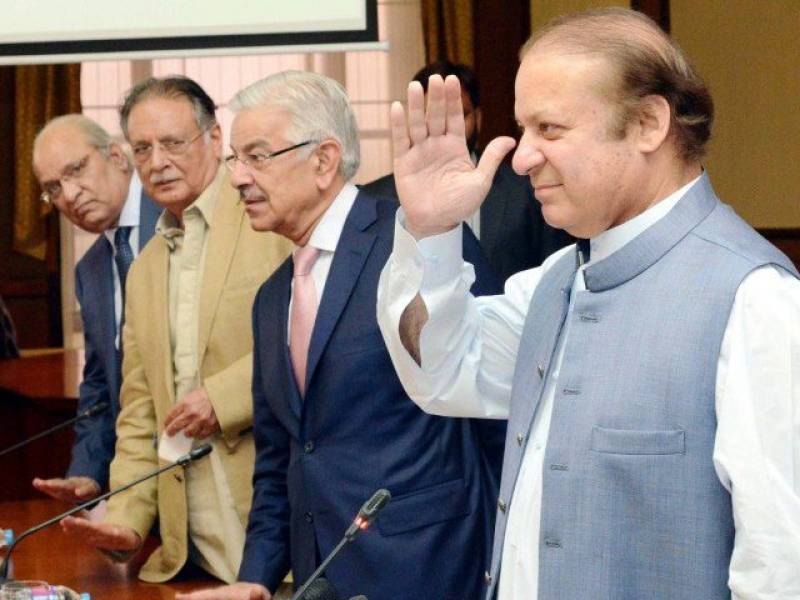 The election for the top slot of the party was conducted by the general council of the Pakistan Muslim League-Nawaz (PML-N) at the convention centre Islamabad where State Minister Tariq Fazal Chaudhry submitted Nawaz Sharif's nomination papers.

After the scrutiny, Sharif was announced as the president of party for the next four years as no other candidate submitted nomination papers against him.

After assuming the slot, the former premier, who was disqualified by the top court in Panama Papers case, is expected to address the party workers shortly.

The three-time ousted Nawaz Sharif could not hold any public or party office after the apex court deemed him unfit on July 28th for concealing his employment with Capital FZE, a firm owned by his younger son Hassan.

However, the ruling party introduced an amendment in the Election Bill 2017 allowing any disqualified legislator to hold party office.

The legislation sailed through Senate and National Assembly and was endorsed by the President Mamnoon Hussain as well following which it became a law.

The ruling party had to change its own constitution as well in order to pave way for Nawaz Sharif to steer the party.

On the other hand, Pakistan Awami Tehreek has filed a petition in the Lahore High Court seeking the annulment of amendment pleading that any disqualified law maker could not become head of political party.

PML-N's traditional rival, Pakistan Tehreek-i-Insaf, had also vowed to move top court against the amendment but no petition has been moved as yet.