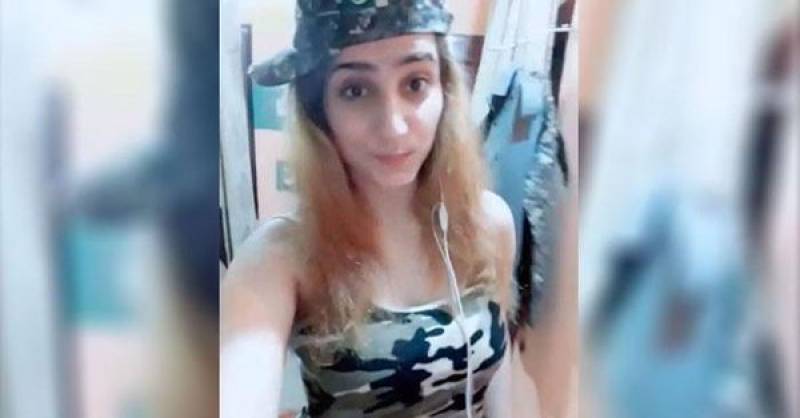 LAHORE - The Airport Security Force (ASF) on Monday seized two years service of a female personnel who had uploaded her video on social media earlier this week.

The woman, who was identified as Zainab, met with trouble after a video of her grooving to an Indian Punjabi song went viral on social media last Saturday.

The ASF took notice of the video in which she was donning a camo tank top and uniform cap, and ordered an inquiry into it.

The security force has also barred the personnel from using social media.

Last month, ahead of the country’s Independence Day, a dance video had landed Pakistan International Airlines (PIA) into trouble with the National Accountability Bureau (NAB).

The promotional video featured a Polish tourist dancing while doing the Kiki Challenge in a PIA plane.

As soon as the video started making rounds everywhere, it drew praise and criticism alike from various sections. The anti-graft body was least impressed by the stunt as soon after the airline shared the tourist’s picture on its official Twitter handle, the NAB ordered probe against the PIA for allegedly bringing disgrace to the flag and abuse of power.

Both the airline and the blogger had removed the video from their respective social media forums after criticism. Eva zu Beck had also apologised to her fans on social media.

In a new video, she had said that the purpose of the promo was to encourage tourism in Pakistan. “I apologise for hurting sentiments of the people,” she had said.

Earlier this year, a video of other female personnel of Punjab Police had gone viral on social networking platforms.