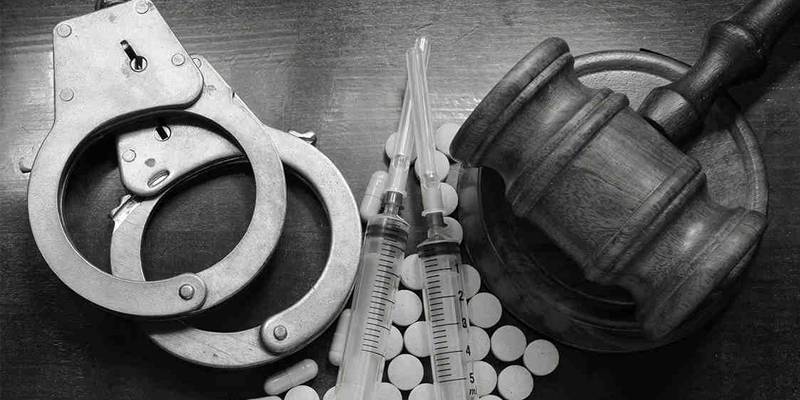 PESHAWAR – In order to control the use of ice, a form of the drug, the Khyber Pakhtunkhwa police have urged the provincial government to increase the punishments for selling, smuggling and using of the drug by amending the relevant law.

The police seek an amendment to the Control of Narcotics Substance Act 1997 with suggestions that imprisonment for possessing ice or heroin weighing from one gram to 100 grams should not be less than seven years along with a fine of Rs500,000 and it should be a non-bailable offence.

“This Act should be called Control of Narcotics Substance (Amendment) Act 2018. It shall come into force at once and should be extended to the whole of Pakistan,” the proposed amendment stated.

Under the existing law, the maximum punishment for carrying 100 grams or less of the drug is two years, while jail term for possessing more than 100 grams and less than a kilogram is seven years.

Explaining the reasons behind the suggestions, the police said that the crime rate has increased in the province owing to the use of ice by the people. They added that ice is an expensive drug, therefore, the addicts used to commit robberies and other crimes to buy it.

Besides health issues like fits, fast heartbeat and others, the use of the drug, which is also known as the party drug and crystal meth, also causes social problems, including domestic violence.

The police revealed that addicts of the ice have increased to an alarming level not only in Peshawar but also across the country. It said that youth, including students of the universities, are among the massive users of the party drug, adding that deaths due to excessive intake of the ice were also reported.

A campaign, Ice-Free Peshawar, was launched by KP police in August by establishing special teams to trace the dealers and smugglers of the drug.

Efforts to improve liaison between police and other agencies including the Anti-Narcotics Force and the Excise Department are being made to the curb the spread of ice, Peshawar police chief Qazi Jamilur Rehman said.

“Apart from carrying out operations and developing intelligence network for identification of ice manufacturers, sellers, distributors and peddlers, the police have started an awareness campaign through the mainstream media and social media to inform the people, especially youth, about the harms of ice and heroin,” Qazi Jamilur Rehman told The News.