PTI distances itself from Naeemul Haque's comments regarding Gen Kayani 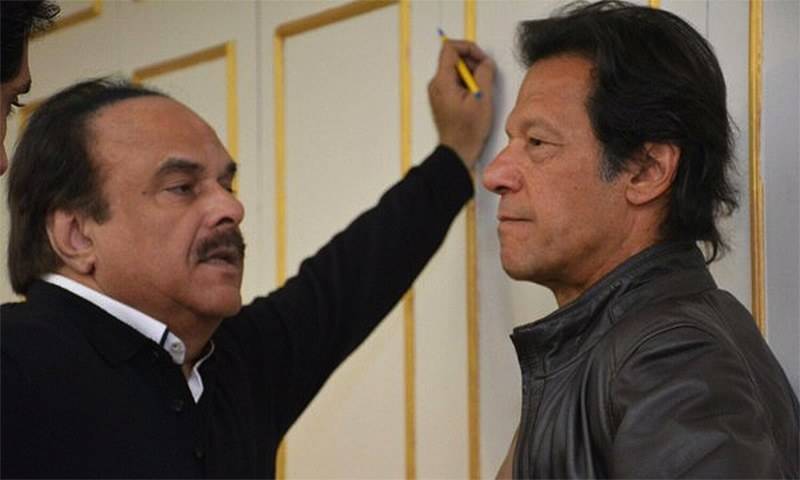 Clarifying his stance regarding his comments, Naeemul Haque said on Tuesday that his comments were his personal opinion and did not reflect the stance of his party.

Naeemul Haque's statement came hours after he alleged that the former army chief had engineered the 2013 general elections with the support of Saudia Arabia and the United States in favour of Prime Minister Nawaz Sharif and his Pakistan Muslim – Nawaz (PML-N).

In Geo News' programme, Naeem ul Haq said PTI Chairman Imran Khan asked him to clarify that this was his personal opinion and does not reflect the party’s point of view on the matter.

The PTI information secretary also tweeted that his comments were made in a personal capacity and did not reflect the party's position.

My comments on Geo last night about General Kayani were my own and do not reflect party stance in any way.

I have not accused Gen Kayani of anything but asked him for clarification of insinuations levelled against him in a national newspaper.

Speaking to Geo News, Haque claimed the questions were raised by a senior journalist in a newspaper article.

"If such allegations are raised by a senior journalist, then Gen Kayani should clarify them," he said.

"What I said was that everyone knows about the rigging in 2013 elections. Gen Kayani was not the target in any way."

Haque said that, after his initial comments, he had spoken to party chairman Imran Khan who instructed him to issue a clarification.

"I have spoken to Imran Khan and he ordered me to clarify that this is not the stance of the party. It was an article published in a newspaper, and my tweet and opinion were in my personal capacity," Haque told Geo News.

The PTI information secretary said he had spoken to Khan late Monday night, and that he instructed him to issue a clarification.

"I tweeted the clarification as soon as I could this morning," he said.

Speaking on Geo News' program Aaj Shahzeb Khanzada Kay Saath on Monday, Haque said that the PTI was all set to win at least 60 percent seats from all over Pakistan, however, due to massive rigging by certain circles their mandate was stolen in the 2013 general elections.

"There was nothing new in the article. General Kayani, Saudia Arabia and the USA engineered the election in favour of Nawaz Sharif," Haque had claimed in his conversation with Shahzeb Khanzada.

"The polls were stopped in middle of the night. ROs were pressured to follow the instructions," he added.

However, despite repeated requests to share evidence to back the allegations, he refused to give any.

"I challenge Gen (Retd) Kayani to refute the allegations. We don't need to give any proof; people are aware of the facts," he had said.

He further added that, if there is a PTI government in the future, the party would form a commission to investigate irregularities in the 2013 general elections.