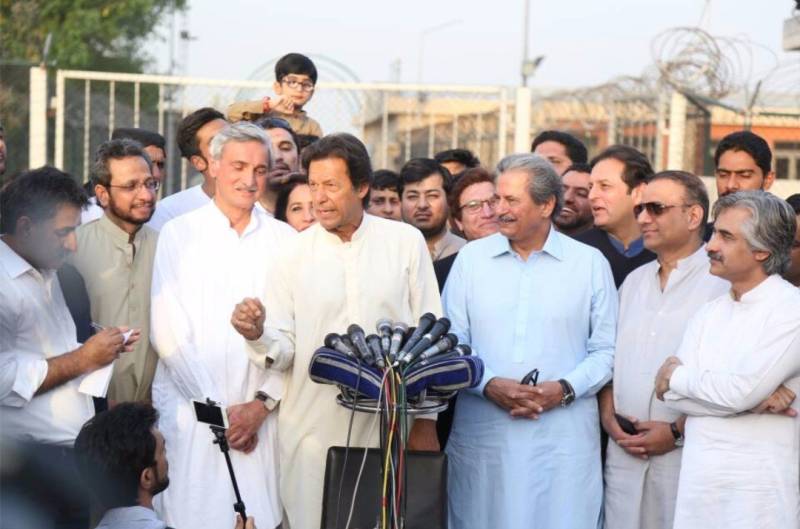 ISLAMABAD - Pakistan Tehreek-e-Insaf chairman, Imran Khan has reprimanded the aspiring candidates for the slot of Chief minister Punjab, saying the media backing would not help them.

Disclosing what's happening in Bani Gala nowadays, senior journalist Hamid Mir revealed that the PM-in-waiting Imran Khan summoned a few central leaders of his party and clarified them that he was not watching TV these days owing to the busy schedule.

Moreover, according to Mir, the upcoming prime minister blatantly told the aspirants of the provincial chief executive that no matter how excessive media campaigns are being launched, it would not help them become the chief minister of Punjab.

'I have secured 115 seats in total but you are pressing me as if PTI government has to appoint 150 ministers,' Khan told his fellows.

ISLAMABAD - Former prime minister, Syed Yousaf Raza Gillani was offered to be the next president of Pakistan, in the ...

Mir disclosed that Imran Khan had told his fellows that 'let me make the appointments on merit'.

About the upcoming set up in Punjab, the Geo TV anchor disclosed that it would be a combination of a chief executive with a powerful governor having a vast experience of administration.

There are many candidates currently being accessed for being the chief minister of Punjab. The strongest of them appears to be Aleem Khan, however, due to investigations by the National Accountability Bureau, his chances are bleak.