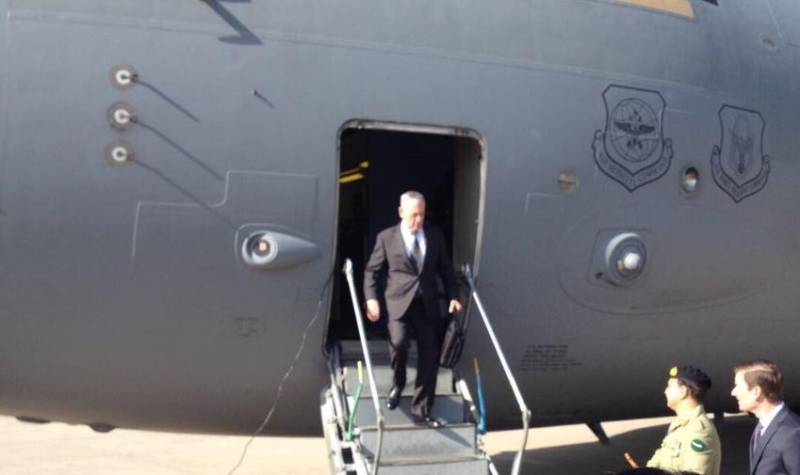 ISLAMABAD - US Defence Secretary James Mattis on Monday reached Pakistan on a one-day crucial visit with an aim to find “more common ground" with Pakistan for settling Afghan conflict and war against terrorists.

The officials from Ministry of Defence and Ministry of Affairs received the US defence chief at Noor Khan Airbase upon arrival. 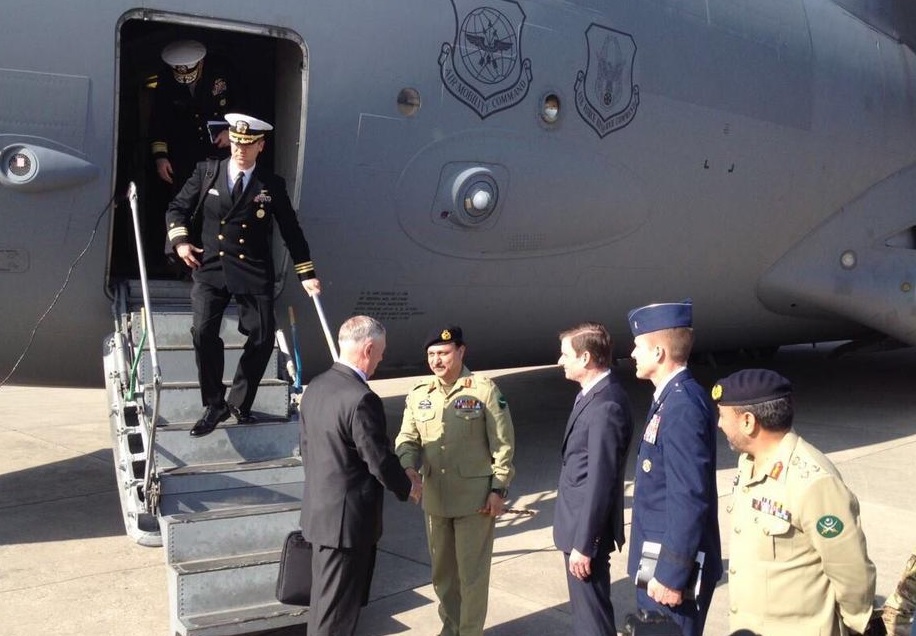 The maiden visit since holding the office as Pentagon chief is part of recent engagements between Pakistan and the United States to tackle the current stalemate.

Mattis embarked his five-day visit on Friday "to re-affirm the enduring U.S. commitment to partnerships in the Middle East, West Africa and South Asia".

No Plan to Prod Pakistan

Talking to media before his visit to Pakistan, the Pentagon chief said that he did not want to "prod" Pakistan, adding that Pakistan should meet its words to combat terrorism.

“That’s not the way I deal with issues,” Mattis said. “I believe that we [can] work hard on finding common ground and then we work together.”

In October this year, Mattis said that the US wanted to work with Pakistan "one more time" before taking steps against its alleged support for terrorists.

The US has long been accused of Pakistan for providing shelter to terrorists as in a recent policy announced by President Donald Trump regarding the South Asia. Trump had ramped up pressure on Pakistan for sheltering "agents of chaos, violence, and terror".

But, Pakistan has refused all such allegation, saying the US wanted to make Islambad a scapegoat for his failure in Afghanistan.

Talking to reporters traveling with him, Mattis said: “We have heard from Pakistan leaders that they do not support terrorism. So I expect to see that sort of action reflected in their policies.”

"There's plenty of collaborative areas, right now, still in effect. There have been some areas that we have lost over the years, because of disagreements about what we need to do," he said.

"We'll discuss the South Asia strategy," the secretary said, adding that he had already visited India and Afghanistan as part of the continued dialogue for enduring peace in Afghanistan.

Reiterating Trump's call for destroying safe havens, he said: "The US remains committed to a pragmatic relationship that expands cooperation on shared interests".

The December tour of Mattis is pivotal in the backdrop of US President Donald Trump’s ‘harsh’ South-Asia policy announced in August that virtually accused Pakistan of providing safe havens to terrorists, despite Islamabad’s consistent denials.

After visiting Pakistan, his final stop will be in Kuwait Tuesday, where he will meet with Kuwaiti Emir Sheikh Sabah Al Ahmad Al Sabah.

During the meeting, the premier had clarified that Pakistan had produced results and was looking forward to moving ahead with the US and building a tremendous relationship.

During a short part of the meeting available to media, Tillerson told the Pakistani delegation that the nuclear-armed nation was an important US ally in the region.