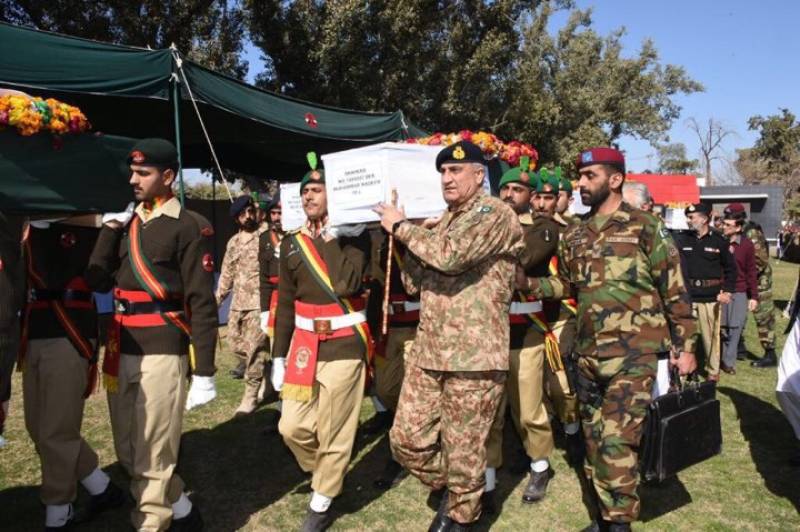 RAWALPINDI - The Chief of Army Staff ( COAS ) General Qamar Javed Bajwa attended the funeral prayers of 11 army personnel, including an officer, martyred in a suicide attack on Saturday.

General Bajwa later visited the CMH Hospital in the provincial capital to meet those injured in the incident. 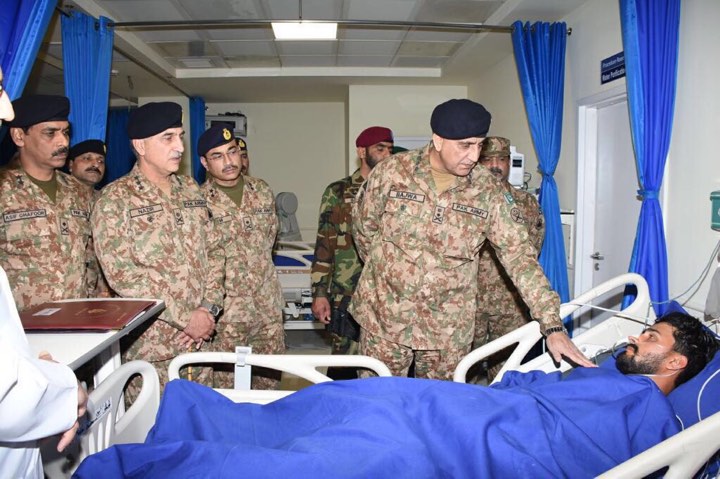 A suicide attack targeted at an Army unit in Swat's tehsil Kabal on Saturday evening claimed lives of 11 security personnel and left 13 others injured.

The attacker had targetted the sports area of the armed forces' unit in the Shareefabad area of the tehsil. A large contingent of security personnel had secured the area after the attack and started an initial investigation into the blast.

Government sources had said rescue teams reached the area and shifted the injured to a hospital in Saidu Sharif.

PESHAWAR - Eleven personnel of Pakistan Army, including an officer, embraced martyrdom whereas 13 others received ...