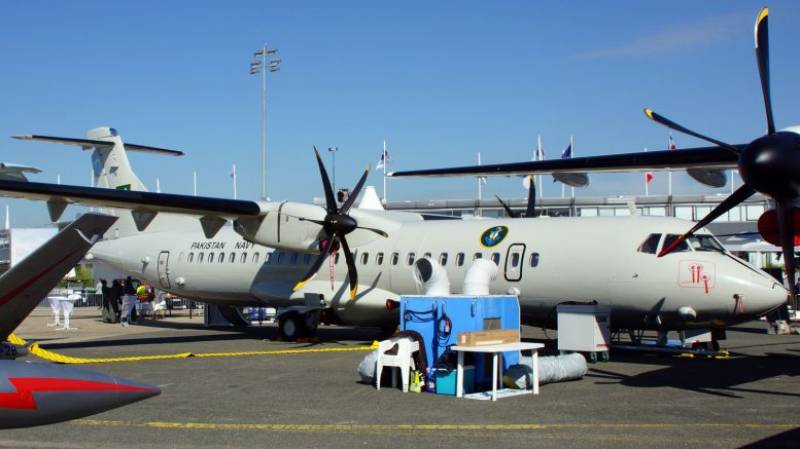 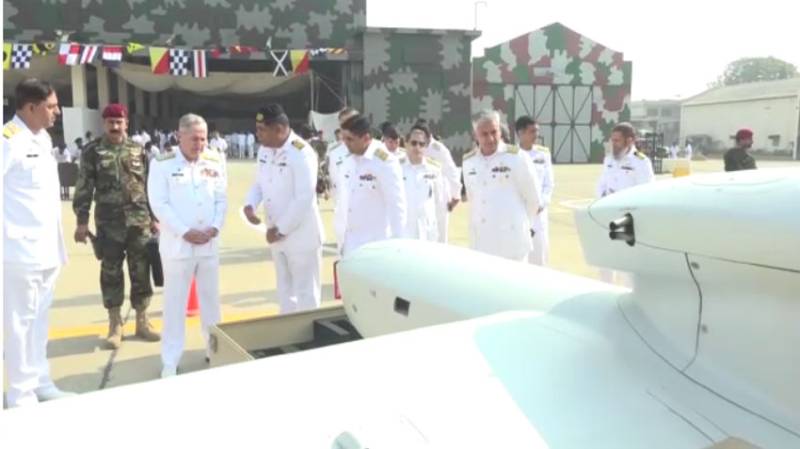 KARACHI – A ceremony for the induction of state-of-the-art Maritime Patrol Aircraft (MPA) and tactical Unmanned Aerial Vehicles (UAVs) in Pakistan Navy Fleet was held in Sindh capital on Saturday.

Speaking on the occasion, Chief of the Naval Staff, highlighting the role of Pakistan Navy in safeguarding the maritime frontiers and ensuring safety of Sea Lines of Communication, said that induction of marinized ATR aircraft with weapons and sensors will substantially enhance operational capabilities of Pakistan Navy Fleet’s Air Arm.

Moreover, according to a press release of ISPR-Navy, the induction of another ATR in cargo/ para-drop role will provide added flexibility to the Special Forces’ operations.

The Admiral urged the crew of newly inducted ATRs & Unmanned Aerial Vehicles (UAVs) to make optimum utilization of these platforms in order to contribute effectively towards combat potential of Pakistan Navy Fleet.

Appreciating the detection of Indian Submarine by Pakistan Navy Aircraft in post Pulwama stand off the Naval Chief said “I am glad that PN Aviation Fleet proved its mastery and made the whole nation proud.”

He advised the aviators to keep the same spirit and be prepared for any eventuality that may rise anytime. He also highlighted that Pakistan Navy’s developmental plans include acquisition of Unmanned Combat Aerial Vehicles (UCAVs) in support of maritime operations, too.

The ceremony was attended by high ranking officials, serving and retired Aviators of Pakistan Navy and sister services and representatives of concerned government departments.