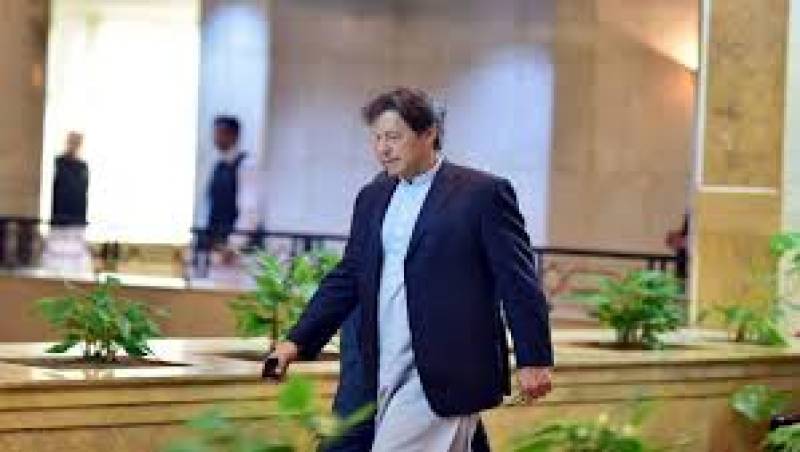 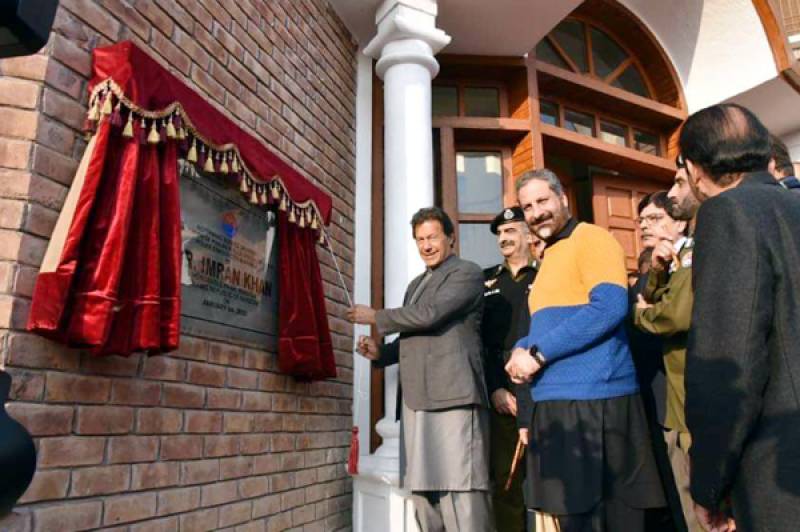 MIANWALI – Prime Minister Imran Khan on Saturday inaugurated a Model Police Station equipped with modern infrastructure and facilities to provide quick relief to the people and build up trust between public and the force.

The formal opening of the Model Police Station by the Prime Minister during his day long visit to his native city, was also a symbolic inauguration of total such 29 stations established across the province.

Speaking on the occasion, the premier expressed his government’s resolve to reform Punjab Police into a modern force by replacing the old Thana culture with the friendly policing to get the public trust revived.

“This is the beginning. Insha Allah (Allah willing, I think this is new mindset what we call Naya Pakistan. The politics of Thana and katchery had inflicted us a huge loss. The change would start from the mind,” he remarked while addressing the inauguration ceremony of a Model Police Station.

The opening of the model police station by the prime minister during his day long visit to his native city, was also a symbolic inauguration of total such 29 stations established across the province.

On his arrival at Mianwali Police Lines, a contingent of Punjab Police presented guard of honor to the prime minister.

Punjab Chief Minister Usman Buzdar and Punjab Chief Secretary and Inspector General of Punjab Police were also present on the occasion.IG Police Shoaib Dastgir briefed the prime minister about the project of model police stations and other measures taken by the Punjab Police to provide relief to the people.

The prime minister said that he and the Punjab chief minister had decided to extend all out support to the IGP to bring about a visible change in the police culture of the province.

The prime minister lauded the IG Police for establishing the model police station equipped with token calling system and other modern facilities.

He said at the earlier days of his politics started from Mianwali, most of the complaints and applications he used to receive were related to the police and katchery.

He said even the politicians also used to control the police by getting their crony SHO or SPs appointed in their constituencies – not for any good purpose but to victimize or intimidate their opponents through fake cases. Due to the very reason, the people had lost trust in the police, he remarked.

The prime minister said the remodeling of the old police station was very significant where the people would get their complaints addressed through a modern token calling system instead of looking for some references to approach the police officers.

“This is very great step. I believe these model police stations would become an model for whole of Punjab,” he hoped.

The prime minister desired to see the Punjab Police reformed on the pattern of the erstwhile demoralized KP police which had revived the public trust to such an extent that even the people protested in their favour. This all happened when the PTI-led provincial government freed the police from the political influence and people were recruited on merit through NTS.

“This is what I want to see in Punjab. This is a huge challenge. We have developed wrong habits particularly due to the bad governance during last 30 years, he added.

Earlier, the prime minister unveiled the plaque of the project and also visited various parts of the police station and penned his remarks at the guest book.

He also visited a mobile police facilitation center named as Khidmat Markaz which would address public complaints at their doorsteps.

He planted a sapling at the police station as part of his initiative of Clean and Green Pakistan and 10 Billion Tree Tsunami.

According to the project details, ten model police stations had been set up in different cities of Gujaranwala region, four each in Faisalabad and Dera Ghazi Khan, three in Rawalpindi, Sargodha and Multan, and two in Sheikhupura regions.