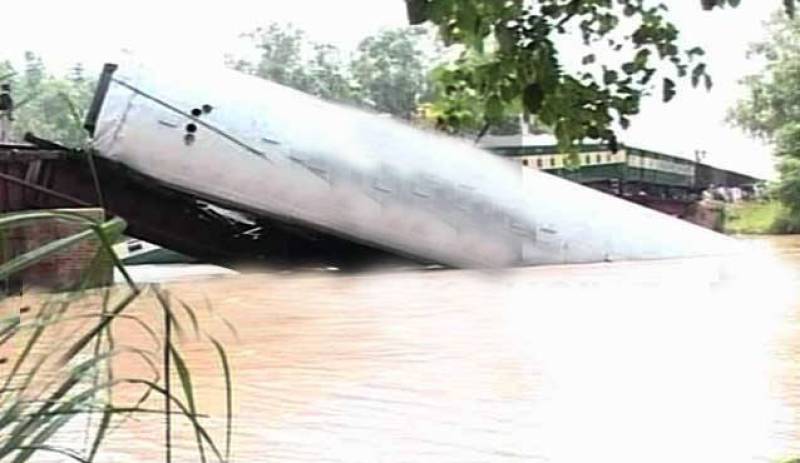 GUJRANWALA (Web Desk) - New investigations into Gujranwala train accident reveal that one of the wheels of a railcar had derailed which led to the mishap that resulted in the loss of at least 17 precious lives.

The investigation report cites the dilapidated track and the bridge as the main culprit for the tragedy.

It said the train lost balance after the driver pulled the breaks following derailment of the bogie, causing the train to plunge into a canal, Geo News cited.

Moreover, nut and bolts found some 400 meter from the scene of the incident have also been sent to a forensic laboratory.

Sources said the investigations have not yet ruled out the possibility of sabotage.

On 2nd July 17 people were killed when four bogies of a special train carrying Pakistan military troops and their families to Kharian fell into a canal near Jamke Chattha in Gujranwala.