Sugar mills case: Shehbaz, Hamza may be indicted on March 16 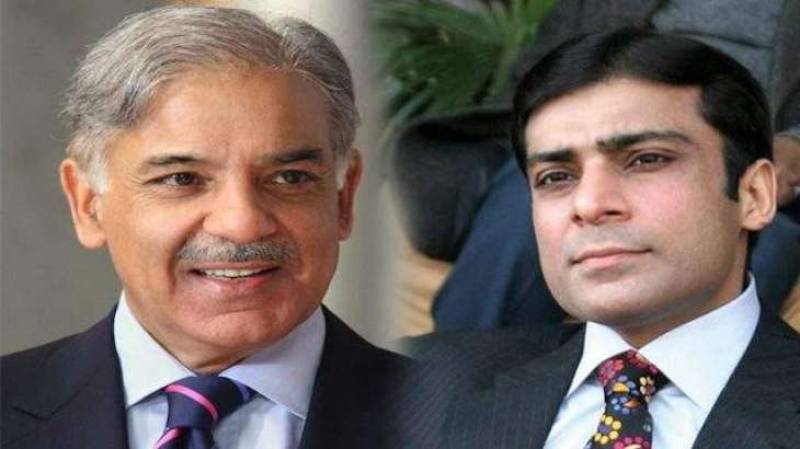 Earlier, both the PML-N leaders appeared before Accountability Court Judge Syed Najamul Hassan in connection with the case hearing on Monday.

Shehbaz's counsel submitted that senior counsel Amjad Pervaiz was not present due to his engagements in the Lahore High Court. He asked the court to delay the distribution of reference copies among the accused.

However, the court declined the request and handed over the reference copies to Shehbaz Sharif and Hamza Shehbaz besides adjourning hearing till March 16. The court also directed both leaders to appear on the next date of hearing,  so they could be indicted by framing charges against them.

On Feb 18, National Accountability Bureau (NAB) filed a reference against Shehbaz Sharif and Hamza Shehbaz, alleging that former chief minister Punjab misused his authority and got constructed a 10-km sludge carrier in district Chiniot to facilitate Ramzan Sugar Mills, which was owned by his sons. The bureau alleged that the step caused a loss of Rs 213 million to the national exchequer.

It is pertinent to mention here that a Lahore High Court division bench had already granted bail to Shehbaz Sharif in Ashiana-e-Iqbal and Ramzan Sugar Mills cases on Feb 14.

Meanwhile, the court also adjourned the hearing of Ashiana-e-Iqbal Housing case till March 16 after recording statements of two prosecution witnesses.

Earlier, the court expressed serious annoyance after key suspects Fawad Hassan Fawad and Ahad Cheema were not produced before the court from jail on time and issued a notice to the officials concerned to know the reasons. The court also noted the absence of Shehbaz Sharif, who also failed to reach on time, and warned that arrest warrants would be issued if he failed to appear. However, later on, all the accused reached the court.

On Feb 18, the court had indicted the accused after the bureau filed a supplementary reference against PML-N President and Chairman Public Accounts Committee Shehbaz Sharif and 12 others in the Ashiana-e-Iqbal Housing case.

NAB had accused Shehbaz Sharif of misusing his authority, which resulted in a failure of the project, depriving 61,000 applicants of housing units. NAB alleged that Shehbaz Sharif, in connivance with former DG LDA Ahad Cheema, awarded the contract to a proxy.

NAB had already filed a reference against Cheema and five others over their alleged role in Ashiana-i-Iqbal Housing scam.

Moreover, the court conducted a hearing of illegal assets case against Fawad Hassan Fawad and adjourned the matter till March 19 with the direction to NAB for filing a reference by the next hearing.