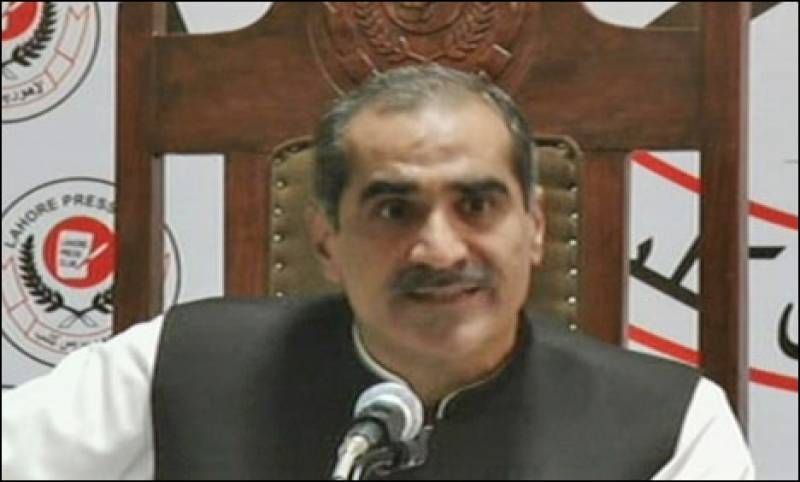 LAHORE (Web Desk) – In a terse response to Imran Khan’s press conference over the election tribunal’s decision on rigging in NA-125, a visibly angry Khawaja Saad Rafique said on Monday the rigging allegations have yet to be proved and that he has not yet been disqualified.

Rafique, who stands de-seated after the issuance of order for a re-election NA 125 (and PP-155), told a hurriedly-called news conference that the PTI chief had presented a “fake, unverified order”.

“Khan Saab presented an unverified NADRA report. It seems as if he isn’t done with his container-habit yet,” he told media persons at the Press Club.

Rafique termed the tribunal’s decision partial, saying, “It just declared the NA-125 result void owing to the poor performance of presiding officers and returning officer. It has not found any evidence of rigging.”

Earlier, Imran Khan said he was very happy with the tribunal’s decision for conduct of re-election in NA-125 and PP-155.

Earlier after the tribunal gave its decision Rafique said the election tribunal’s decision to conduct re-election in NA-125 was not in accordance with the law and constitution.

He went on to say that the tribunal has not awarded me any punishment which is an evidence to my innocence, adding, the voters of NA-125 have already given the verdict in PMLN’s favor during the cantonment board polls on April 25.