Deaf and mute crying out for rights outside Punjab Assembly 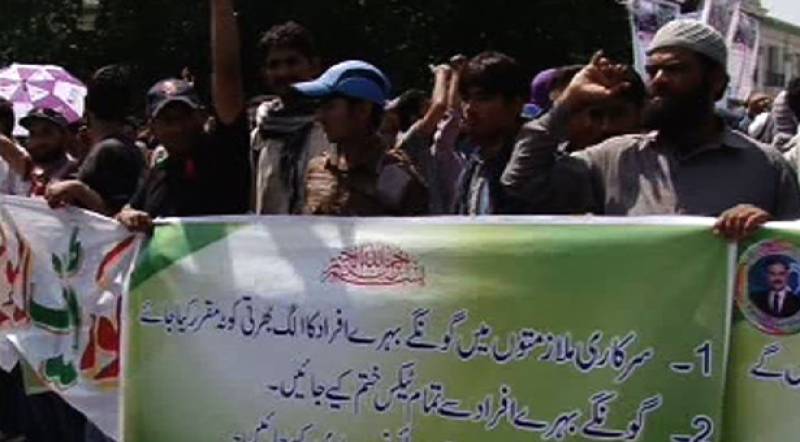 The protesters are demanding special quota for government jobs, exemption from taxes and the right to be issued driving licences.

Their protest has led to severe traffic jams from Regal Chowk to Faisal Chowk. Police and security personnel have been placed on alert to avoid an untoward incident.

Only a month ago, blind persons staged a sit-in on the stairs of the Punjab Assembly to remind the provincial government of its promise to ensure their quota in government jobs and regularisation of their service. 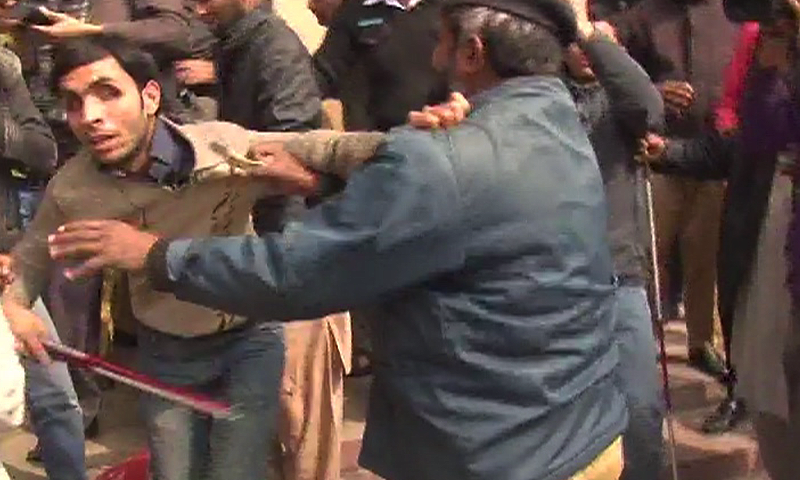 However, the Lahore police engaged in a scuffle with the blind protesters, thwarting their attempt to enter an ongoing Punjab Assembly session to record a protest.

Later, the demonstrators disengaged themselves from the scuffle and resumed their sit-in on the stairs of the assembly.

A similar instance of violence between Lahore police and blind protesters took place in December last year. Blind protesters were badly beaten by baton-wielding police as they staged a rally to advocate for their rights in view of World Disability Day.

Punjab Chief Minister Shahbaz Sharif took notice of the scuffle between blind protesters and police and ordered that their demands be met on an urgent basis.