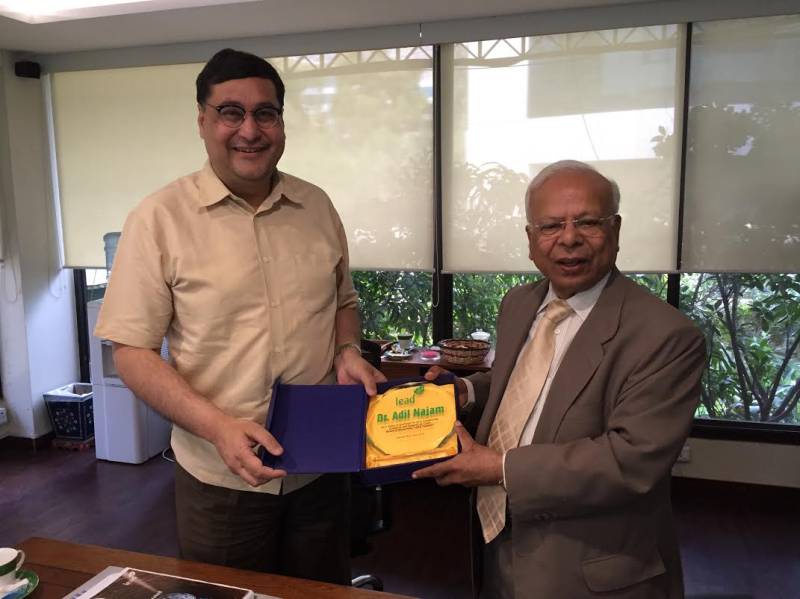 ISLAMABAD (Staff Report) - The Board of Governors (BOG) of LEAD Pakistan has nominated the former Governor State Bank of Pakistan (SBP), Dr Ishrat Husain, as its Chairman.

"I feel very excited and happy, on assuming the responsibility as Chairman. For me this will be a learning experience because the development agenda is changing towards climate change, inclusive, and sustainable development. Association with LEAD will be quite an enriching experience," said Dr Ishrat.

"It has been a great honour to have served as Chair of the Board of LEAD Pakistan, which is a stellar board in all respects," said Dr Adil Najam, Dean, Frederick S Pardee School of Global Studies, Boston University.

"It is a board that brings together Pakistanis of the highest intellectual caliber and integrity. I am delighted that Dr Ishrat Husain, one of Pakistan's most brilliant minds, is taking over as LEAD's Chair and have no doubt that he will take the organization to new heights," he added.

Dr. Ishrat Husain has just completed his eight year long tenure as Dean and Director of Institute of Business Administration (IBA), Karachi. He served as the Chairman, National Commission for Government Reforms from 2006 to 2008, a designation at par with the status of Federal Minister.

He was appointed as the Governor of the State Bank of Pakistan in December 1999, where he served the maximum two terms lasting six years.

Dr Ishrat was conferred Pakistan’s prestigious award of Hilal-e-Imtiaz in 2003 and Nishan-e-Imtiaz, the highest civilian award in 2016, by the President of Pakistan in recognition of his meritorious public service.