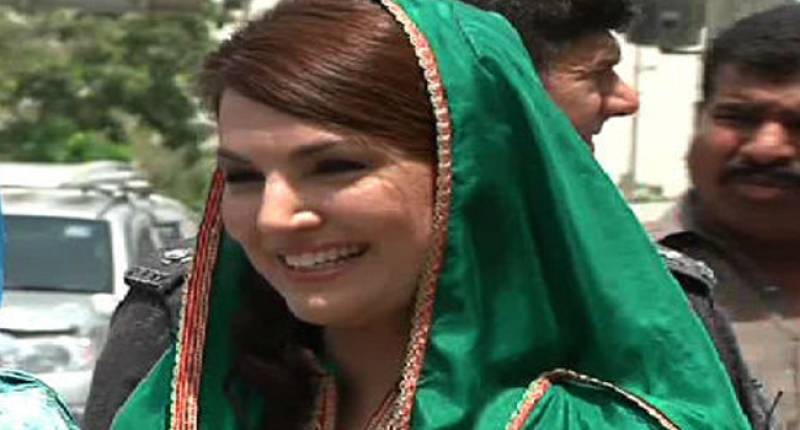 MANCHESTER (Web Desk) - Reham Khan who recently got divorce from PTI Chief Imran Khan, has said that you may hit sixes but what really matters in real life is whether you can sustain a long-term partnership and complete a century.

She broke her silence and spoke publicly for the first time after her much publicized divorce from Imran Khan during the conference.

“You can hit a six but what matter is if you opt for a long term partnership and complete your century.”

Reham was bombarded with a hoard of questions pertaining to her divorce by journalists but appeared hesitant in answering these questions.

During her address, Reham commented on the treatment of women on social media and said that defaming a woman is a displeasing act and should be avoided.

Reham Khan also highlighted the problems being faced by the journalists in Pakistan in general and the media house she is associated with in particular.

Referring to working women, she said women play an important role in a society and they must be accorded due respect.

Women are insecure in Pakistan and subjecting women to mud-slinging is highly inappropriate, she added.

“You will have to respect women, if you want to bring about change,” Reham Khan said.

She also said that no one should discuss someone’s private life in public.

It is pertinent to mention here that Reham Khan left Pakistan for UK after the couple filed for divorce.