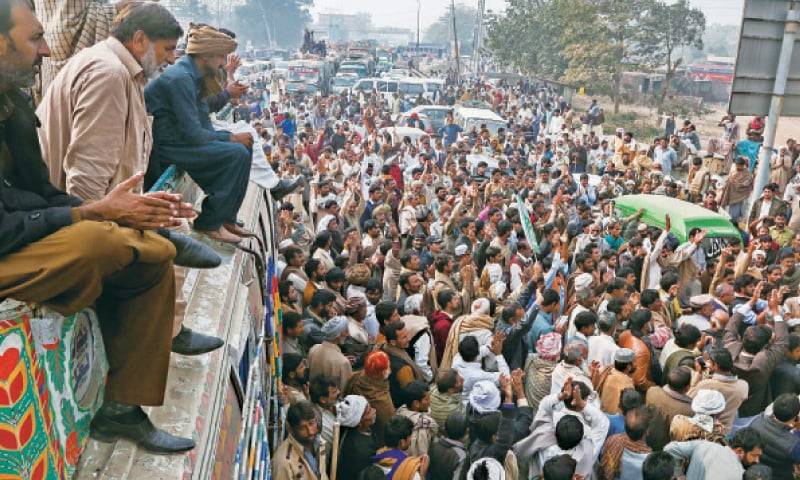 LAHORE – Pakistan Kissan Ittehad (PKI) continue their protest on Wednesday for forcing the government to accept their demands.

Hundreds of farmers under Kissan Ittehad gathered at Thokar Niaz Beg Lahore in the morning, protesters reiterate to continue the protest till government notifies approval of their demand.

The Kisan Ittihad had announced to stage a protest outside the Punjab Assembly for their demand for increased support prices for the wheat and sugarcane crops.

The police and the Anti-Riot Force started a late-night crackdown against the farmers at Thokar Niaz Baig locality of Lahore. The police made attempt to baton charge, tear gas shelling, and arrested protesters, who pelted stones at the policemen.

Traffic jams occurred in wake of the clash between the farmers and the law enforcement officials.

The protest is led by Chairman Kissan Ittehad Chaudhry Muhammad Anwar and Malik Zulfiqar, they demanded the Punjab government to fix the support price for wheat for the 2020-21 season at Rs2,000 per 40 kg.

While talking to the media, Anwar said that no talks will be held until the release of the arrested farmers. “We are peaceful. They resorted to violence and shelling in late-night against unarmed farmers”.

He also accused police personnel to steal the mobile phones of sleeping farmers.

In an earlier report, the Kisan Ittehad Pakistan had yesterday announced to call off their strike after holding talks with Punjab Law Minister Raja Basharat. Farmers leader Anwar in his meeting with the Punjab law minister highlighted the demands and the problems being faced by the farmers.