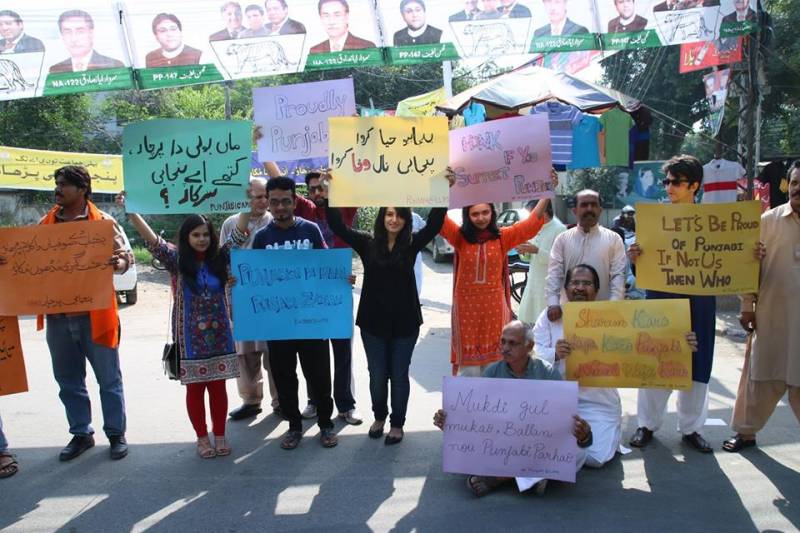 LAHORE (Sarfraz Ali) - Intelligentsia, students, teachers and members of Punjabi Parchar held a protest demonstration here the other day in front of Lahore Press Club against the step-motherly treatment being meted out to mother language Punjabi by the government.

They urged the government to begin teaching the language at schools across the province.

They held banners inscribed with slogans calling for the promotion of use of Punjabi.

He said Punjabi, on the other hand, had been languishing across all levels.

Addressing those present on the occasion, he said making mother tongue the medium of instruction across primary schools was the need of the hour.

Punjabi alleged that the government had been deliberately striving to render the children of the province ignorant.