Whoever tried to alter Khatm-e-Nabuwwat clauses should be kicked out from cabinet: Shehbaz Sharif 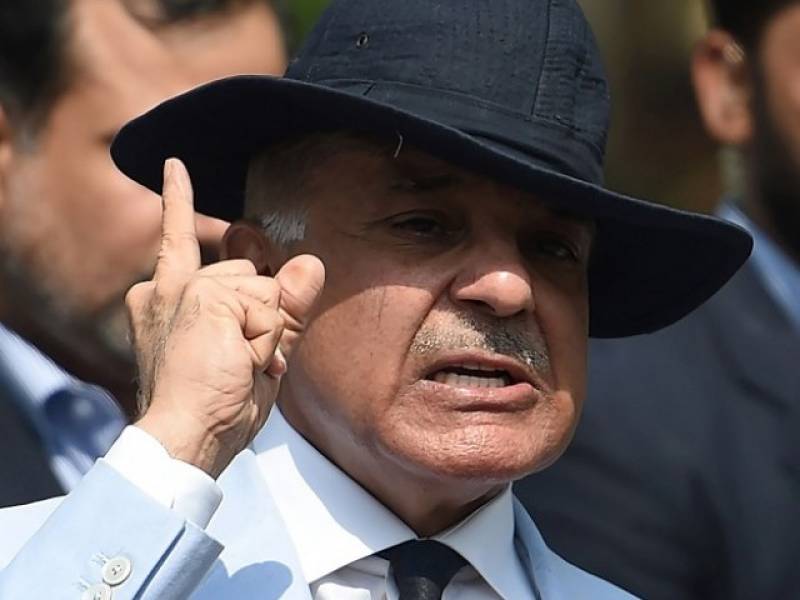 LAHORE - Punjab Chief Minister Shehbaz Sharif has asked the former prime minister and his party president, Nawaz Sharif, to “kick out” whoever tried to alter the Khatm-e-Nabuwwat (PBUH) 'Finality of Prophethood' clauses in Election Reforms Bill 2017 from cabinet.

His remarks come hours after National Assembly Speaker Ayaz Sadiq stated that the ‘constitutional amendment’ was a “clerical error”. Ayaz informed the media that the parliamentary leaders have decided that the original form of the affidavit will be kept intact. “The assembly will make an amendment to this effect on Thursday,” the Speaker added.

“PMLN's Government has a firm and unwavering belief in the Finality of Prophethood (Khatm e Nabuwwat). The change in the words of declaration form that is part of recently approved election reforms act does not reflect PMLN's point of view. The past of PMLN's leadership including that of PMLN president Nawaz Sharif bears witness to the fact that they have always shown their deepest commitment and most sincere devotion to the belief in the Finality of Prophethood (Khatam e Nabuwwat) The Federal govt should immediately restore the old text of the declaration form through a new enactment.. So that the misunderstanding caused by this abberation could be addressed...” he said on his official Facebook account.

Since it became an Act, the Bill has been surrounded by controversy in relation to the amendment of the Khatm-e-Nabuwwat clauses. 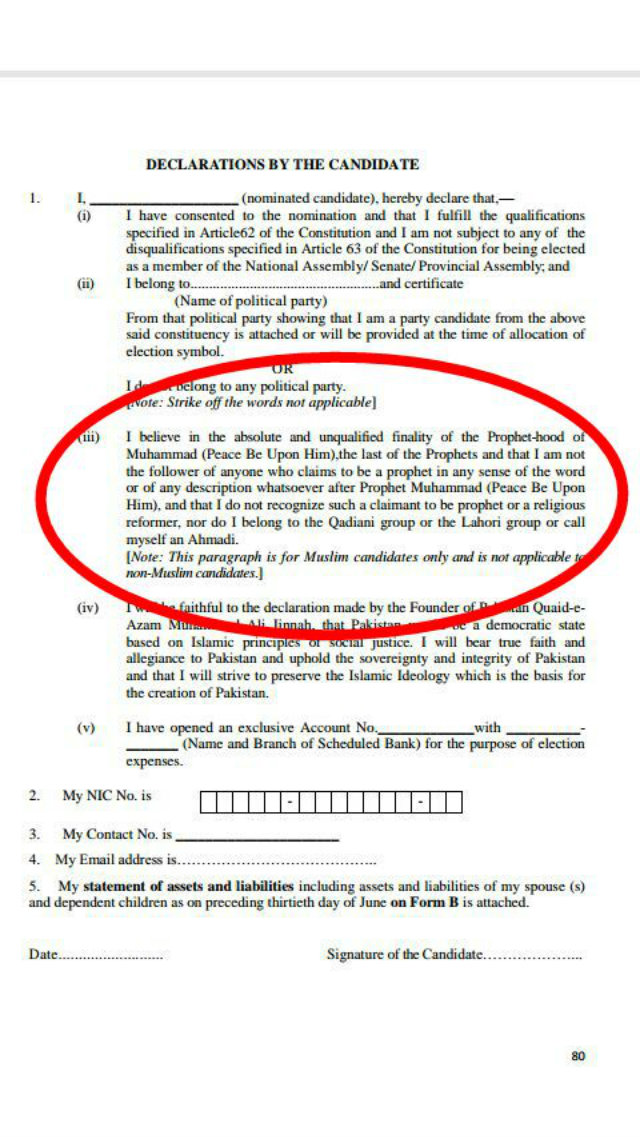 Parliamentarians pointed out the change in wordings in form- A which has been made into a declaration.

In the new form-A, the words “I solemnly swear” have been replaced with “I believe” and the clause relating to Khatm-e-Nabuwwat has not been made applicable to non-Muslim candidates.