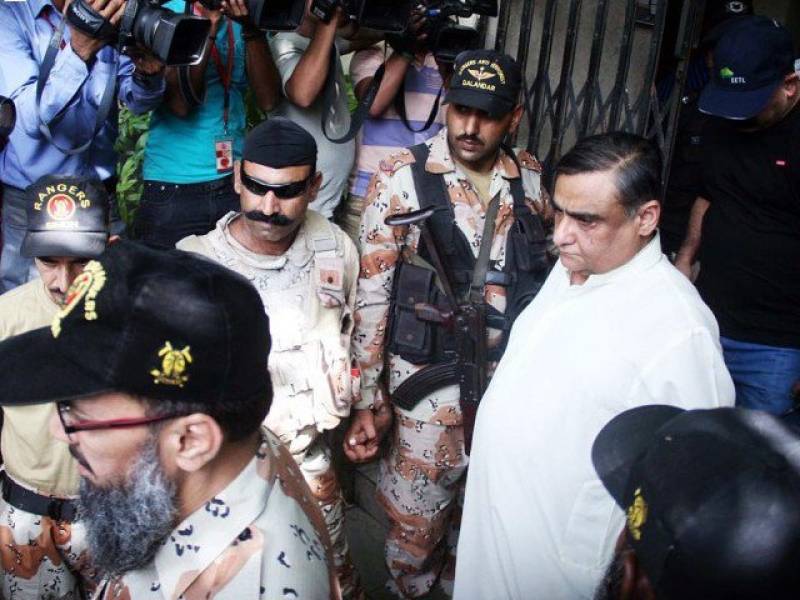 KARACHI (Web Desk) - A report of the medical board formed on the instructions of Karachi's Anti-Corruption Court has revealed that former Petroleum Minister Dr Asim Hussain was a psychological patient and that he was afraid of Rangers' uniform.

Hussain was detained by the Sindh Rangers and later handed over to the National Accountability Bureau on allegations of corruption and sheltering the terrorists at his hospital in Karachi.

On Thursday, at the beginning of the proceedings at court, Dr Raza while representing the medical report of senior PPP leader, informed the judge that Dr Asim Hussain was undergoing a serious trauma situation and he was even afraid of the uniform of the Sindh Rangers.

At which judge Saad Qureshi remarked that Hussain's illness seemed a drama to him as the accused one day went to one hospital and on the second day to the other.

About the psychological disorder of Dr Asim Hussain, the judge said that every other person is a patient of such diseases these days.

The hearing of the case corruption against the former minister was adjourned till August 16.