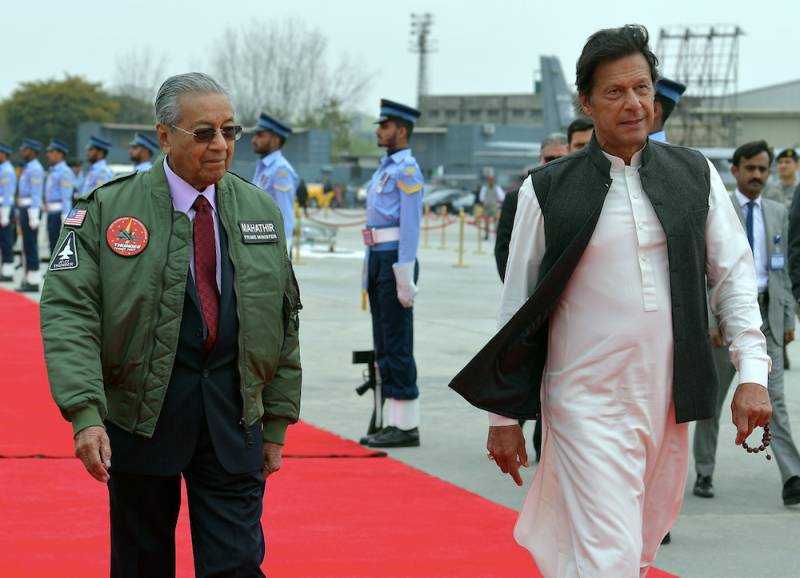 ISLAMABAD – Prime Minister Imran Khan Monday said India’s illegal move over the status of Indian Occupied Jammu and Kashmir (IoK) would deteriorate the peace and security of the region and further undermine the relations between the two neighbors with strategic capabilities.

The prime minister made a telephonic call to Malaysian Prime Minister Tun Dr. Mahathir bin Mohamad to apprise him of the recent developments in the Indian Occupied Kashmir, PM office media wing in a press release said.

The prime minister told him that India’s announcement regarding the status of the Indian Occupied Jammu & Kashmir was in clear violation of the United Nations Security Council (UNSC) resolutions.

The Malaysian premier said his country is having eye on the situation of Occupied Kashmir. Mahathir Muhammad said he is looking forward to have meeting with PM Imran Khan during upcoming the next UNGA session.

Indian Prime Minister Narendra Modi is also scheduled to travel to the United States for the UN General Assembly session and address the session on 28 September.

Earlier today, the BJP-led government in New Delhi revoked the special status granted to Kashmir under Article 370 of the Constitution, telling all current members of the UN Security Council –five permanent members and 10 non-permanent members – that it was “an internal matter” under the provisions of its Constitution.

By repealing Article 370 of the constitution, people from the rest of India will now have the right to acquire property in occupied Kashmir and settle there permanently. Kashmiris as well as critics of India’s Hindu nationalist-led government see the move as an attempt to dilute the demographics of Muslim-majority Kashmir with Hindu settlers.

Article 370, enacted in 1954, laid down that except for matters related to defence, foreign affairs, communications and issues specified in the Instrument of Accession of Jammu and Kashmir, the Parliament needs the state government's ratification for all other laws.

Pakistan has strongly rejected the Indian Home Minister Amit Shah’s move to bifurcate the disputed region into Jammu and Kashmir, which will have a legislature, and the Ladakh region without a legislature.

Islamabad said it “strongly condemns and rejects the announcements made today by the Indian Government regarding the Indian Occupied Jammu and Kashmir." The part of the state in Indian control “is an internationally recognized disputed territory," the foreign ministry said in a statement.

“No unilateral step by the Government of India can change this disputed status, as enshrined in the United Nations Security Council (UNSC) resolutions. Nor will this ever be acceptable to the people of Jammu & Kashmir and Pakistan," the statement added. “As a party to this international dispute, Pakistan will exercise all possible options to counter the illegal steps."

“Pakistan reaffirms its abiding commitment to the Kashmir cause and its political, diplomatic and moral support to the people of Occupied Jammu and Kashmir for the realization of their inalienable right to self-determination," it further said.

Experts and analysts have termed quashing of special status of Indian-held Kashmir (IHK) as a blatant violation of the international law and United Nations Security Council (UNSC) resolutions.

They have urged the government to move the International Court of Justice (ICJ) and take other steps as India had violated its own constitution, the UNSC resolutions and the international law by quashing the special status of held Kashmir.