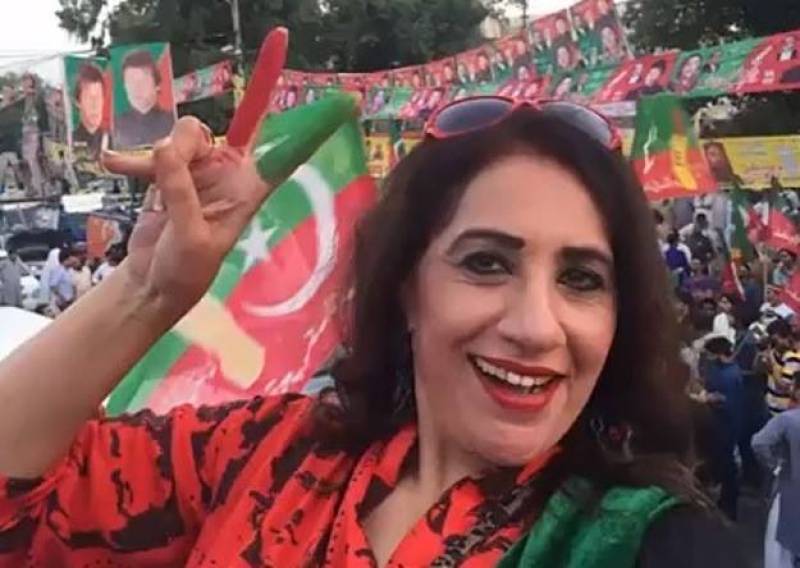 LAHORE - PTI has expelled MPA Uzma Kardar from the party for violating party discipline, a notification issued by the ruling party Sunday said.

Kardar's basic party membership has been revoked, the party's Standing Committee on Discipline and Accountability has said in a written order.

"You have acted in a very irresponsible manner and your conduct is unbecoming of a PTI member therefore you have been expelled from the basic membership of the party," the notice read.

MPA Uzma Kardar has been expelled from the basic membership of the Party over violating rules. #PTI https://t.co/OYyh4VOWTe pic.twitter.com/BkZJWVwWcB

"As a consequence, you are also not eligible to hold any post or position at the parliamentary level," it added. However, she may challenge the decision within seven days with the party's appellate committee.

According to the notification, a show-cause notice was issued by the party to Kardar on June 15, "whereby you were expelled from the party for a period of one month".

It said she was asked to appear before the party's discipline committee on June 17 but the hearing was postponed due to her husband contracting COVID-19. The hearing was subsequently held on June 27.

The notice observes that Kardar's formal letter was received, that she was "heard very carefully" and the "audio clips of her conversation" provided to the party were "considered" after which the decision was taken.

Kardar had made "disrespectful remarks" about the First Lady Bushra Bibi in a controversial audio clip in June.

Last month, the lady was removed by Punjab information minister Fayyaz-ul- Hassan Chohan from the Media Strategy Committee and as a spokesperson for the provincial government.

In the 2018 general elections, Kardar won a reserved seat for women as a candidate from the PTI.