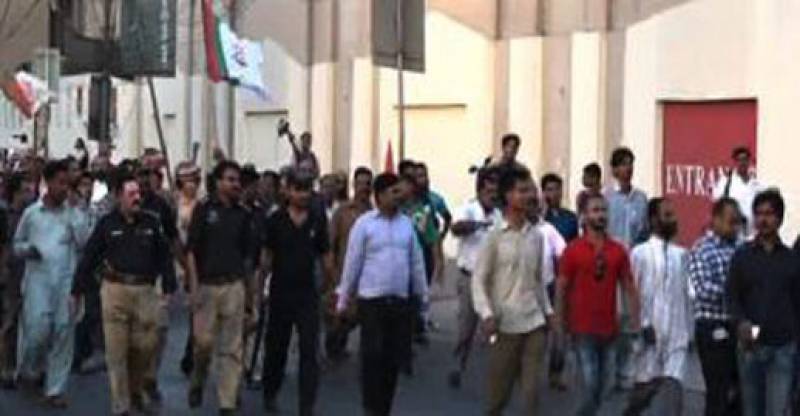 KARACHI (Web Desk) - The Muttahida Qaumi Movement (MQM) on Saturday ended its sit-in in front of Chief Minister (CM) House in Karachi over water shortage in the city.

According to media reports, the police had placed barriers on the roads leading to the CM House. However, the protesters had managed to remove the barricades and hold the sit-in.

Senior MQM leader Khawaja Izhar-ul-Hassan, however, announced an end to the day-long sit-in on Saturday. He warned that if the water problem was not solved in a day, his party would again stage a sit-in in front of Chief Minister House.

Addressing the protesters, MQM leader Muhammad Hussain said: if we can create Pakistan, we can also make a new province by rendering sacrifices,” he said.