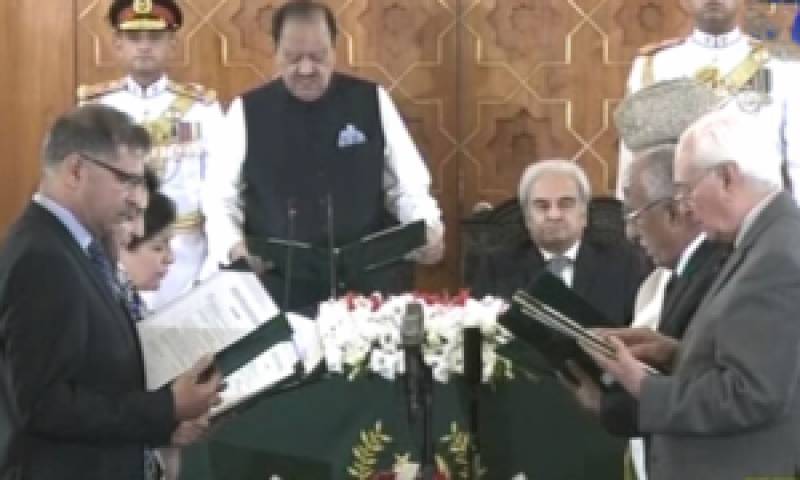 Haroon has been given the portfolio of foreign ministry and National Security Division along with the additional portfolio of Ministry of Defence.

Shamshad Akhtar has been appointed finance minister and planning minister in the caretaker government.

Azam Khan has been assigned of Ministry of Interior, while Yusuf Shaikh has been made minister of education, as per a notification.

Among the newly-inducted cabinet members, Ali Zafar has been given the portfolio of Ministry of Law and Justice as well as Ministry of Parliamentary Affairs and ministry of information.

Meanwhile, Roshan Khursheed has been given the portfolios of minister of human rights and minister of states and frontier regions along with minister of Kashmir affairs and Gilgit-Baltistan in the caretaker setup, according to the notification. 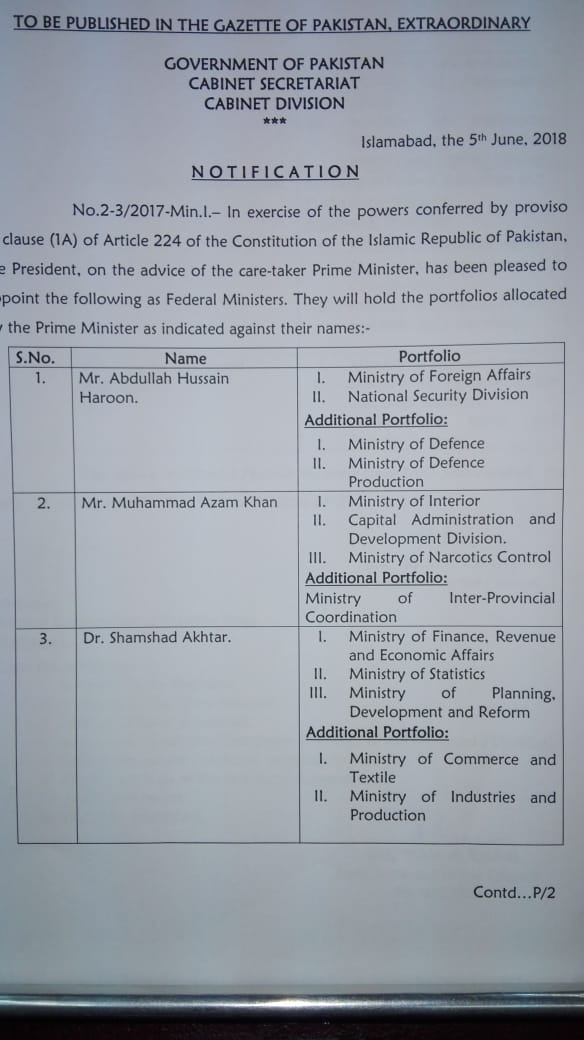 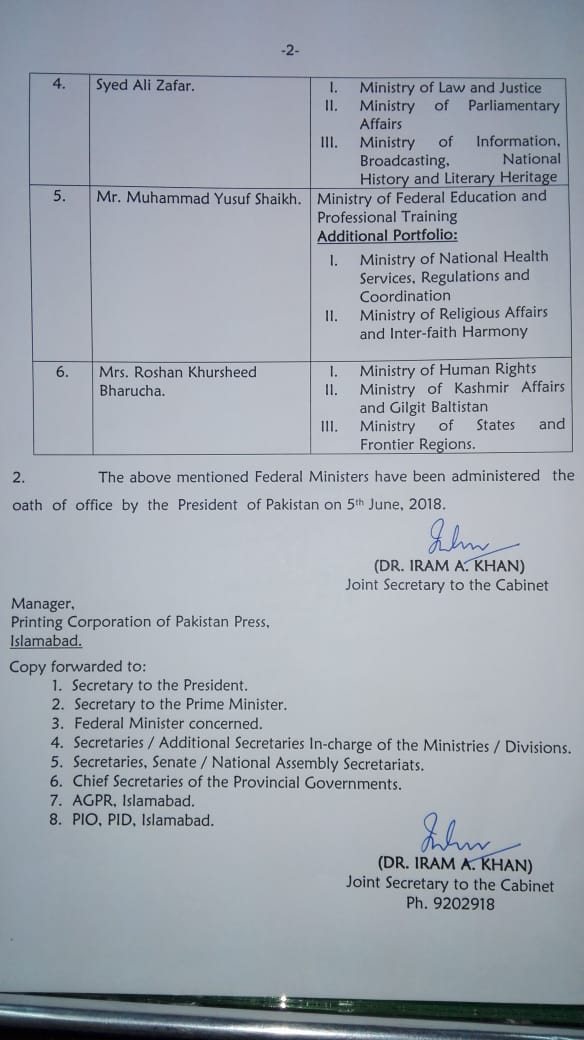 On June 1, former Chief Justice of Pakistan Justice (retd) Mulk was sworn in as Pakistan’s seventh caretaker prime minister at the President House after second consecutive democratic completed its constitutional term on May 31.

In an informal discussion with newsmen after assuming charge, the interim premier asserted that free, fair elections would be conducted in the country without any delay.

"I would rope in minimum numbers of ministers and would perform the duties assigned," declared Nasirul Mulk.

Earlier, the name of Nasirul Mulk was agreed upon by former premier Shahid Khaqan Abbasi and former Leader of the Opposition in the National Assembly, Syed Khursheed Shah.

The interim government has been appointed to hold free and fair general elections scheduled to be held on July 25.

Mulk had served as the 22nd Chief Justice of Pakistan after his appointment on July 6, 2014. Earlier, he served as the acting Chief Election Commissioner of Pakistan, from 30 November 2013 to 6 July 2014.

Prior to be elevated as senior justice in the apex court in 2005, Mulk tenured as the chief justice of Peshawar High Court in 2004.

During his short tenure as the chief justice, Nasirul Mulk gave four historical judgments, which have strengthened democracy in Pakistan.

Justice Mulk was also leading the bench that had dismissed a plea to disqualify then PM Nawaz Sharif for lying on the floor of the house. His role during 2014 sit-ins by Pakistan Tehreek-e-Insaf and Pakistan Awami Tehreek (PAT) was also appreciated by the senior lawyers.

Justice Mulk is one of the judges who accepted the task of investigating the rigging in 2013 general elections. All the major parties praised his conduct during the proceedings of the inquiry commission. After 86-day long probe, the former justice had rejected the allegations.

He was also heading the bench which disqualified former prime minister Yousaf Raza Gilani, who found guilty of contempt of court for refusing to reopen corruption cases against then president Asif Ali Zardari.