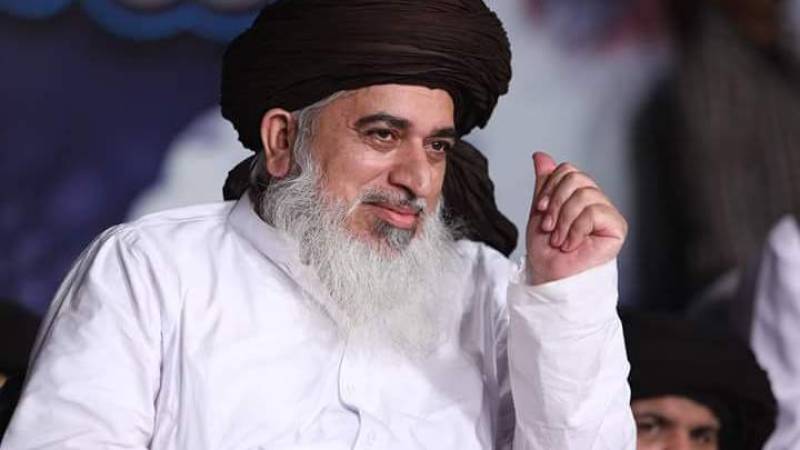 ISLAMABAD - An anti-terrorism court (ATC) on Monday declared Tehreek-e-Labbaik Ya Rasool Allah’s (TLYR) leader Khadim Hussain Rizvi an absconder after he failed to appear before the judge despite being summoned repeated times.

ATC Judge Shahrukh Arjumand issued the orders after the prosecutor stated that all four accused have cases registered against their person but have failed to appear before the court.

The workers of TLYR and other religious groups had on November 6 camped at the Faizabad Interchange in Islamabad against the change in the oath of elected representatives, paralysing the twin cities for more than two weeks.

Police and Frontier Constabulary (FC) personnel had launched an operation to disperse the protesters after the Islamabad high court had ordered the clearance of the bridge that connects the federal capital with Rawalpindi. The same day, Chief of Army Staff General Qamar Javed Bajwa had advised Prime Minister Shahid Khaqan Abbasi to “handle the Islamabad sit-in peacefully”.

The religious party had protested against an amendment in the elections bill, which was later reversed by the government. The religio-political parties ended the protest after an agreement was reached with the government, which included the resignation of Law Minister Zahid Hamid.

During the proceedings, the court declared Rizvi, along with other leaders - Maulana Afzal Qadri, Maulana Inayat and Sheikh Izhar - absconders, while issuing a warning that if the accused were not produced in court within the next 30 days, they would be declared as proclaimed offenders.

Police have been directed to submit the challan in the next hearing, which is scheduled for March 19.