Can Pakistan use F-16s against India? Deal behind Indo-US outrage revealed 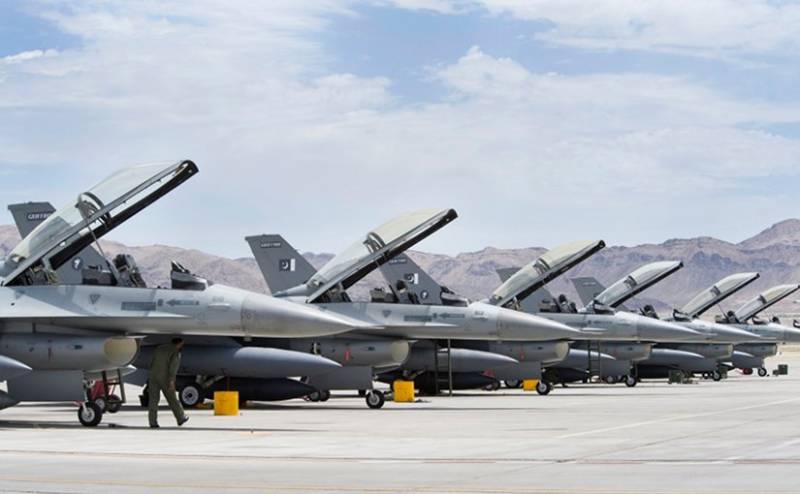 ISLAMABAD - Ever since Pakistan Air Force shot down two Indian aircraft in a dog fight last week, concerns have been raised whether Pakistan can use F-16s against India or not, however, the answer is in the affirmative with a multi-billion dollars deal behind the outrage stirred by India and the US.

The aerial combat between Pakistan and India after latter's repeated violation of the Line of Control brought the nuclear-armed neighbours to the brink of full-blown war with Pakistan scrambling its aircraft to foil India's nefarious plans.

However, the question of whether Pakistan is permitted to use F-16 against India has been addressed by a social media user who goes by the name Xulfi Moon on Twitter.

Moon, while detailing the subsequent deals made between Pakistan and US over the use of F-16 confirmed that the armed forces of the country are fully authorized to use the aircraft against India.

"Pakistan Air Force has F-16s in service since 1983. Its conditions of end user agreement as for many other buyers include non-use against US and NATO members and non-supply/sharing technology with US/NATO adversaries. Pakistan can use them against anyone if needed to defend," Moon said.

Pakistan signed deals for procurement of F-16 before and after the 9/11 tragedy, however, there are no strings attached to the deal.

In 2005, Pakistan signed an agreement with the US for F-16 with no condition, however, the following deal bound Pakistan to take action against terrorists - without any mention of restriction to use against India.

Solving the puzzle is a bit complicated, however, an upcoming potential deal serves as an answer.

Lockheed Martin, the makers of F-16, is pitching India F-16 Block 70s and New Delhi would acquire 110 if it gets selected with a deal worth approx 15 billion US Dollars.

The public outcry is all about appeasing India as the US is desperate to get this deal done, be it F-18 or F-16 who are competing for it among other competitors.

If Washington successfully appeases India, there would be more dollars rolling for the US weapons complex and that's the reason as to why US embassy official said the government was looking into the matter and takes violations seriously.

In fact, Pakistan had used F-16 against India in the Kargil conflict, however, as per the spokesperson of the armed forces, F-16 was not used to shoot down Indian aircraft, stated Moon.

What confirms the approval of usage of F-16 against India is that Pakistan received air to air missiles along with the procurement of F-16 in the latest shipment and such missiles can be used against Pakistan's eastern nighbour instead of terrorists.

In case, US tries to get closer to India for the above-mentioned deal, it can simply stop the sale of spare parts and further munitions-related to F-16s of Pakistan.