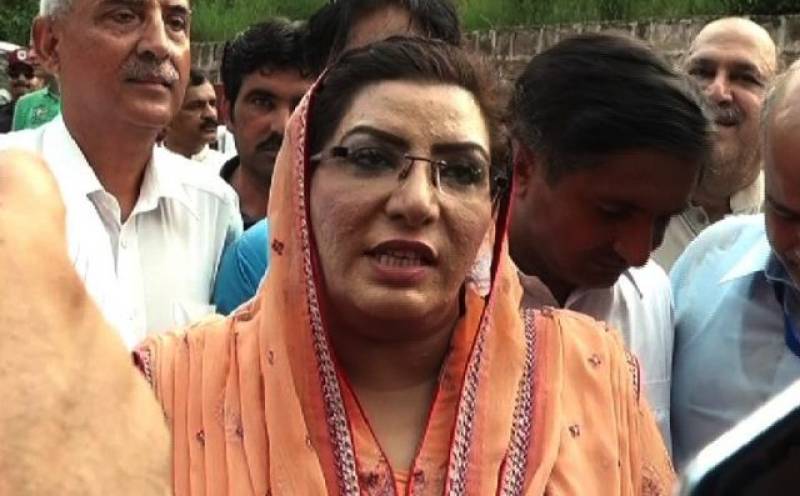 ISLAMABAD - Islamabad High Court (IHC) has rejected fresh apology tendered by directed Special Assistant to the Prime Minister on Information and Broadcasting Dr Firdous Ashiq Awan and directed her to submit written reply in contempt of court case till November 11.

According to media details, the IHC bench while rejecting the apology, during the proceedings of the contempt of court case, also refused to allow Firdous Ashiq Awan to skip the case hearings and directed the special assistant to reappear in the court with her written explanation by Saturday.

Awan, through her lawyer, had requested the court for an exemption from her personal appearance during the hearing, however, Justice Minallah rejected the request and added that her presence in the court is beneficial for her.

Previously, Chief Justice of IHC Athar Minallah had accepted Dr Firdous’ unconditional apology and directed her to prove that she didn’t intentionally malign judiciary in her statement.

“You should have not combined politics with judiciary. You are not an ordinary personality. You are PM’s special assistant and such remarks coming from your side are regrettable,” he remarked.

Talking to newsmen, after visiting district courts on the direction of IHC CJ, Dr Firdous said that the government, in order to improve the judicial system and ensure dispensation of speedy justice, is implementing a reform agenda.

The Special Assistant highlighted that the government brought women inheritance law and code of civil procedure to ensure the provision of property rights to women and the decision of civil cases swiftly.

She said ordinances have to be promulgated for public welfare because the government is facing difficulties in legislation for lacking a two-thirds majority in the National Assembly (NA).

Earlier On Friday, the IHC had issued another show-cause notice to Awan in the contempt of court case against her, directing her to submit her written reply by Monday after she tendered her unconditional apology to the court.

Last Wednesday, Firdous had first been issued a contempt notice for criticising the judiciary in her press conference.