250 injured amid fresh clashes in Occupied-Kashmir 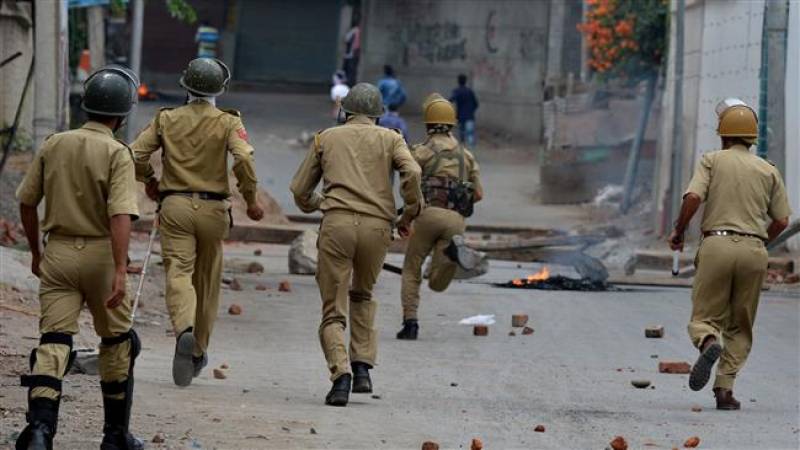 ISLAMABAD/ SRINAGAR (Web Desk) - As many as 250 Kashmiris protesting against atrocities in the restive region have been left injured after clashes with the administration here on Saturday.

According to Kashmir Media Service, the violent clashes between protesters and Indian forces erupted in Srinagar, Bandipora, Baramulla, Gandarbal, Pulwama, Shopian, Islamabad, Kupwara and Kulgam districts on the 57th consecutive day of anti-India protests and rallies in the region.

The perturbed locals braving a suffocated environment reportedly set a newly built deputy commissioner office on fire in Shopian and attacked the house of a member of so-called Kashmir Assembly in Tral.

As per last reports, scores of people had got stuck in historical Khanqahe-e-Faiz Banah in Tral town amid intense clashes.

Meanwhile, complete shutdown was observed throughout the valley against the visit of a 28-member Indian Parliamentary delegation to occupied Kashmir. Surprisingly, no one except government officials and ministers met the delegation.

The strike call was given by the joint Hurriyet leadership. Indian police arrested Hurriyet leader Masroor Abbas Ansari outside his home as he tried to march towards Srinagar airport as part of joint resistance plan.

Chairman of All Parties Hurriyet Conference Syed Ali Gilani, Mirwaiz Umar Farooq and Mohammad Yasin Malik in their joint statement said that the Indian war machine was on a spree to kill and disfigure the entire population for demanding the just right to freedom.

Over 65 Kashmiris lost their lives following the unlaw ful killing of fighter Burhan Wani on July 8. International Human Rights Organizations are pushing Indian authorities for a peaceful resolution of conflict.