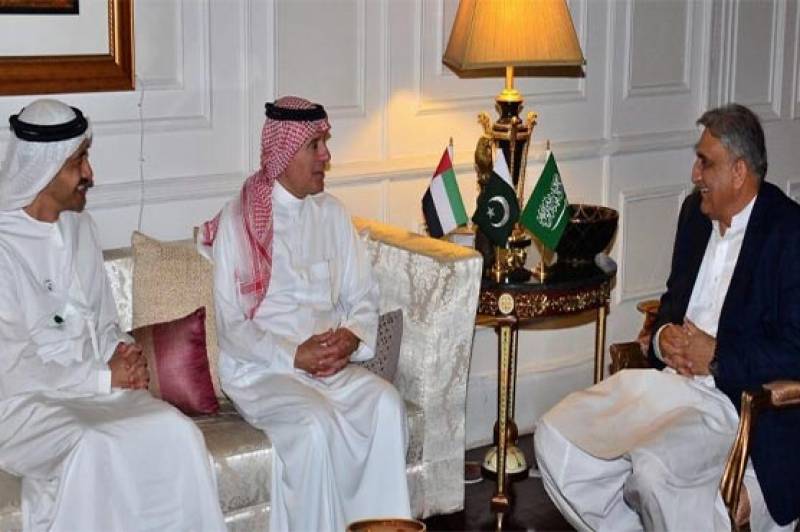 According to Pakistan Army’s media department, General Bajwa and foreign ministers of both the countries discussed the ongoing crisis in Indian occupied Kashmir that stemmed out of BJP's revocation of special status granted to the valley.

The visiting dignitaries expressed their resolve to further strengthen the existing relations between their countries and Pakistan.

“Pakistan is proud of having special strategic and brotherly relations with the UAE and Saudi Arabia,” Pakistan's military chief said during the meeting.

The foreign ministers lauded Pakistan’s efforts in maintaining regional peace and stability and assured the military chief of diplomatic and moral support.

A day earlier, the ministers jointly met the prime minister at the PM office and discussed the ongoing crisis in Indian occupied Kashmir and the evolving situation.

The foreign ministers landed in the capital on Wednesday and also called on their Pakistani counterpart, Shah Mehmood Qureshi.

Addressing a press conference, Foreign Minister Shah Mehmood Qureshi expressed that there was no confusion regarding the support provided by Saudi Arabia and UAE to Pakistan after his meeting with the visiting ministers.