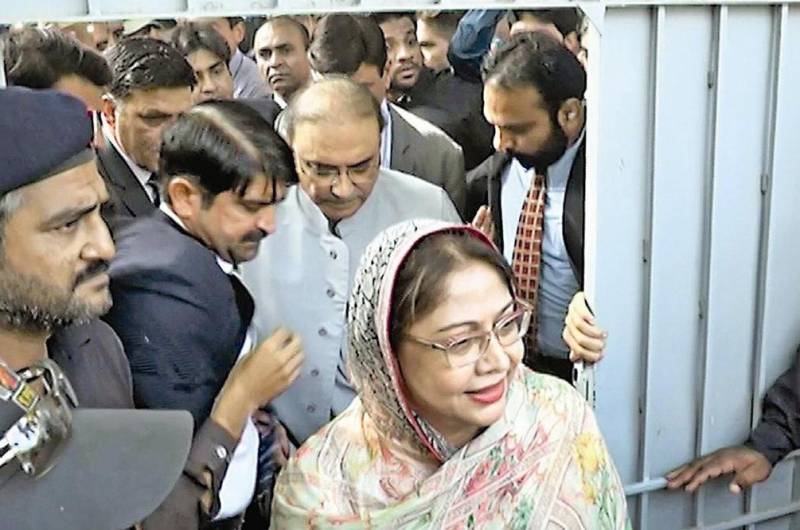 ISLAMABAD - An accountability court in Islamabad extended the judicial remand of former president Asif Ali Zardari and his sister Faryal Talpur till September 19 on Thursday.

The remand of PPP leaders was extended in the money laundering case and Park Lane Estate Company reference.

Duty Judge Raja Jawad Abbas conducted the hearing of the references as the former president was produced in the court amid tight surveillance; Asifa Bhutto Zardari also attended the proceedings.

The judge remarked that the concerned judge has been hearing the cases and he would continue with the proceedings.

A heavy contingent of police was deployed around the premises of the court and former president apparently lost his temper with security personnel who were escorting him and his sister Faryal Talpur out of the Accountability Court.

Footage shows the PPP leader expressing anger while attempting to make way for his sister in a crowded court building; the Pakistan Peoples Party co-chairman shoved away an official with a stick he was carrying.