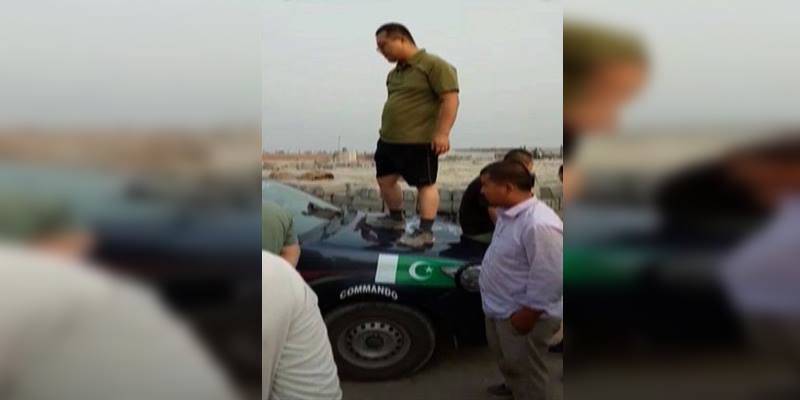 LAHORE – District Police Officer (DPO) of Khanewal, Rizwan Ahmad Gondal has recommended the Punjab government to deport the five Chinese workers, a day after a brawl erupted between them and officials of Special Protection Unit (SPU).

The DPO sent the proposals after he found the officials of a Chinese firm, including its project manager, responsible for the clash that erupted on Wednesday.

The police officer urged the provincial government to declare five of the Chinese officials 'persona non grata', besides requesting the transfer of the security officials from Noorpur camp.

In his report, the policeman stated that the said camp fell in the A category, therefore, the company should have followed the procedure taken to ensure the safety of workers.

A brawl erupted between Chinese engineers and police over security issue in an area near Khanewal city of Punjab.

Media reports suggest the Kabirwala police stopped the foreigners to go out without proper security, which infuriated the Chinese, who then attacked a police mobile and cut off electricity supply to the police camp.

A footage that stumped the internet depicted the Chinese getting into a fight with the cops.

A local TV channel reported that the engineers had written a letter to Prime Minister Shahid Khaqan Abbasi, in which they claimed that their lives were in danger due to the presence of security officials.

The letter stated that Chinese engineers, working on a motorway project in Khanewal, attempted to leave camp for work purposes but were stopped and assaulted by police.

They have requested PM Abbasi to dismiss police officials from the camp.

This is not the first time that Chinese officials have been indulged in a fight with police officials. In 2006, a similar scuffle broke out at a police camp near Shujabad city near Multan.