US pushes pakistan to 'do more' against terrorist groups 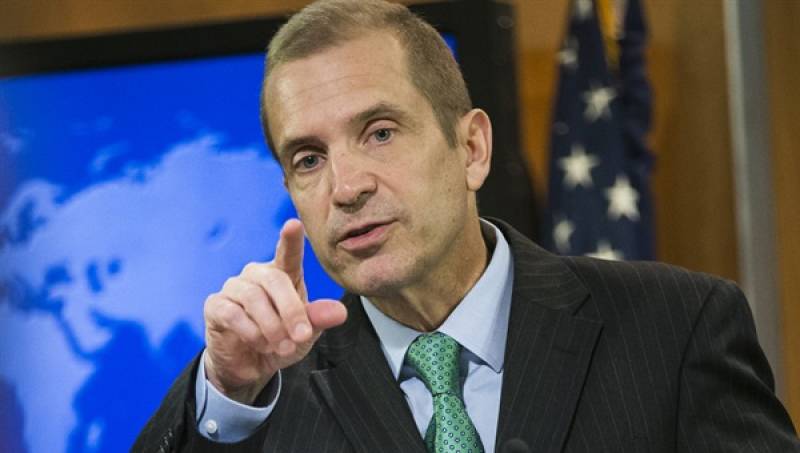 WASHINGTON (Web Desk) - The Obama administration has once again urged Pakistan to take stern action against all the terrorist groups that target Pakistan itself and it's neighbours including India.

Briefing media at the State Department, deputy spokesperson Mark Toner  also encouraged closer ties between Pakistan and India in the fight against terrorists.

“We’ve been very clear with the highest levels of the government of Pakistan that they must target all militant groups, and that includes those that target Pakistan’s neighbours, and they must also close all safe havens,” he said.

Responding to a query related to a home ministers meeting in Islamabad of the South Asian Association for Regional Cooperation (Saarc) the spokesperson said:

“We encourage that kind of regional dialogue regarding counterterrorism efforts. We advocate for closer cooperation, certainly, between India and Pakistan to deal with terrorist threats in both their countries,”

Toner also stressed the need for a joint Indo-Pak strategy against terrorism citing that both the countries are affected by it.

“Terrorism is obviously a reality in both countries, and in order to effectively confront it, they need to work together. And that’s something we’ve long encouraged,” Mr Toner said.

“We believe that Pakistan has taken and is taking steps to counter terrorist violence, and certainly focusing on those groups that threaten Pakistanis or Pakistan’s stability,” he said.

However, the US official noted that Pakistan should act against all militants without any discrimination or selectivity.

It is relevant to mention that the demand to do more against terrorists came just after US blocked the reimbursement of $300 million Coalition Support Fund payment.