QUETTA - In his first visit as army chief to Quetta, Chief of Army Staff General Qamar Javed Bajwa on Tuesday ordered to continue indiscriminate operation against militants across Balochistan.

The army chief, who took the command of Pakistan’s powerful army from his predecessor Gen (r) Raheel Sharif last month, also praised the performance of security agencies in controlling the insurgency in the province, the ISPR said in a statement. 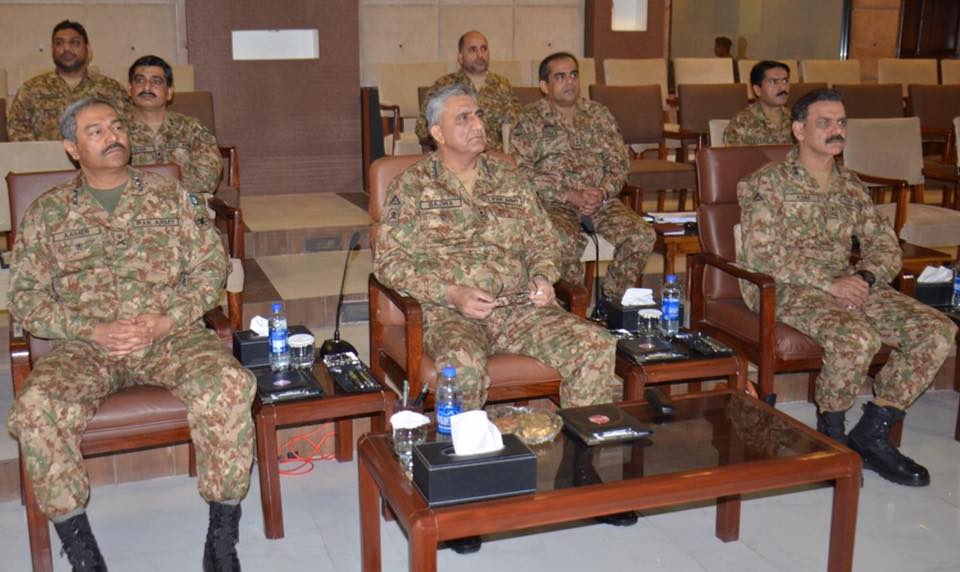 Soon after his arrival at Quetta, Gen Bajwa laid a floral wreath at Yadgar-e-Shuhada to acknowledge the sacrifices of all martyrs who laid their lives for the motherland. Later, the COAS visited headquarters Southern Command where he was briefed in detail about the operational preparedness of the Command, the overall security situation in Balochistan and ongoing stabilization operations.

Appreciating the integrated approach adopted by Army and government for security and development, the COAS said Army will render all necessary assistance to the provincial government for restoration of peace in the province, capacity building of the LEAs and by providing security for all projects in remote areas.

He vowed zero tolerance against terrorism and directed focused and indiscriminate operations against terrorists of all kind in coordination with intelligence and other law enforcement agencies.

He commended Army, Frontier Corps, and other security agencies for significant improvement in law and order situation in the province. He particularly lauded support and sacrifices of the people of Balochistan for restoration of peace in the province.

Gen. Bajwa also commended FWO and NLC for developing road network in the province, and stressed the need to further accelerate development projects to ensure greater connectivity for the masses.