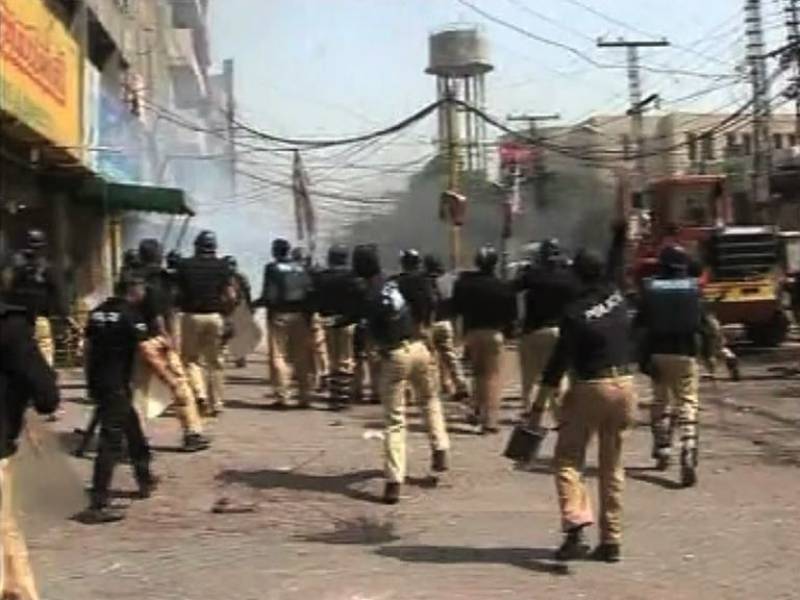 LAHORE - The Justice Baqar Najafi report on Model Town case has revealed conflicts in the reports submitted by the Pakistan's top intelligence agency, Inter-Services Intelligence (ISI), and Intelligence Bureau (IB) regarding the incident.

According to Najafi's report, the IS stated that "Khurram Nawaz Gandapur, Nazim-e-Aala MQI the General Secretary of PAT alongwith CSO Syed Altaf Hussain, produced the Lahore High Court order for placement of security barriers in the said locality to the imminent threat but the police did not pay any heed to it rather remained firm to remove the barriers”.

It added that when the police attempted to remove the barriers forcibly, the PAT workers started pelting the police with stones and bricks. “At this time, a sub-inspector of police in the company of SP, Model Town fired 3 rounds from his pistol in air, which resulted in the stampede of the workers,” report said.

Later, a heavy contingent moved towards Qadri’s residence and this was strongly resisted by workers.

The ISI in its report categorically mentioned “during the assault the police also resorted to aimed fire which resulted in 10 deaths and over 70 injured out of which 51 persons sustained bullet injuries”.

“The ISI has not confirmed the report that security guard stationed at the post established at the rooftop of the house also fired a single shot due to which police retreated”.

On the other hand, Justice Najafi in his report regarding the IB stated that “the police made another attempt while using tear gas, etc, to advance towards Minhaj-ul-Quran Secretariat and when this section of police reached near the secretariat a guard manning the post on first floor of the terrace of Tahir-ul-Qadri house opened straight fire which left two policemen injured".

It added "The news spread among the police circle that they have been killed by PAT workers. ON this the police contingents advanced and the sympathizers of PAT/TMQ started pelting stones at police. The police as retaliation resorted to the firing towards protestors/agitators leaving many persons injured at the site of the incident, some of them succumbed to their injuries afterwards".

According to IB, "In total 10 PAT workers were killed whereas 96 were wounded including 29 police officials, 45 PAT workers receive firearm injuries".

The Special Branch remained silent over the firing issue but it shared details about meetings in London where Chaudhry Shujaat Husain and Mr Qadri decided to form an alliance of opposition parties against the government.