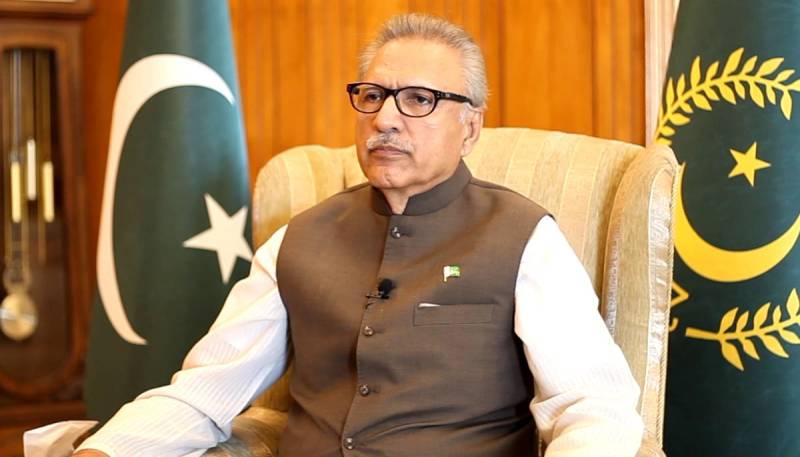 ISLAMABAD - President Arif Alvi on Saturday promulgated an ordinance for holding the upcoming Senate elections through an open ballot, which was widely opposed by opposition parties in recent National Assembly sessions. 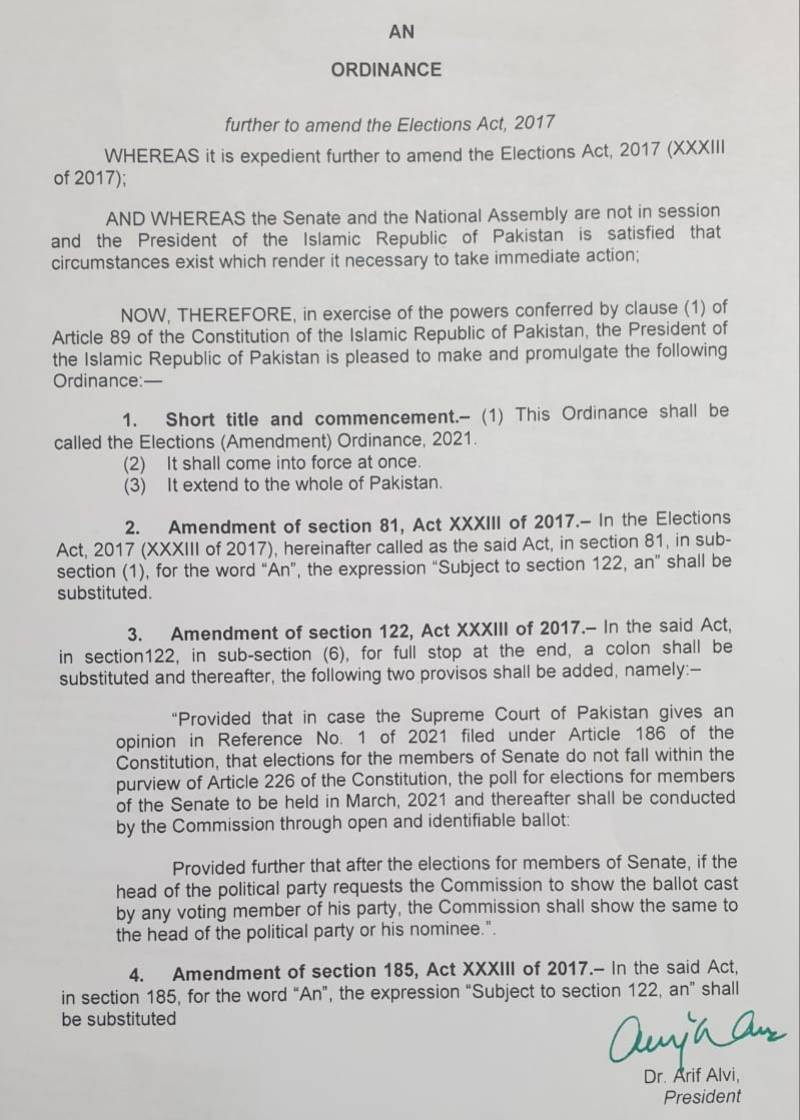 The Ordinance has been made subject to a pending reference that seeks opinion of the Supreme Court on the matter.

"Provided that in case the Supreme Court of Pakistan gives an opinion in Reference No. 1 of 2021 filed under Article 186 of the Constitution, that elections for the members of the Senate do not fall within the purview of Article 226 of the Constitution, the poll for elections for members of the Senate to be held in March, 2021 and thereafter shall be conducted by the Commission through open and identifiable ballot," reads the Ordinance.

The Ordinance further states that after the Senate polls, if the head of a political party request the Election Commission of Pakistan to see the ballot cast by any member of his party, the election body shall show them the same.