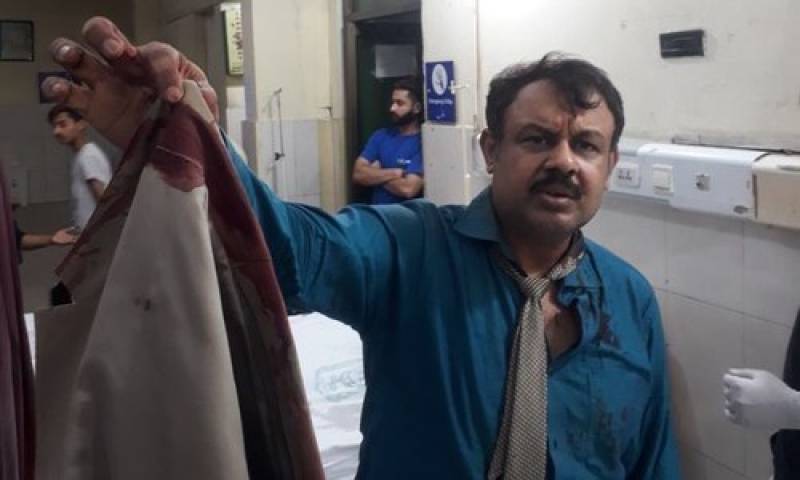 According to a communique issued by the apex court, the top judge has sought a report from Inspector General of Police Punjab, Capt (retd) Arif Nawaz Khan, within 24 hours. 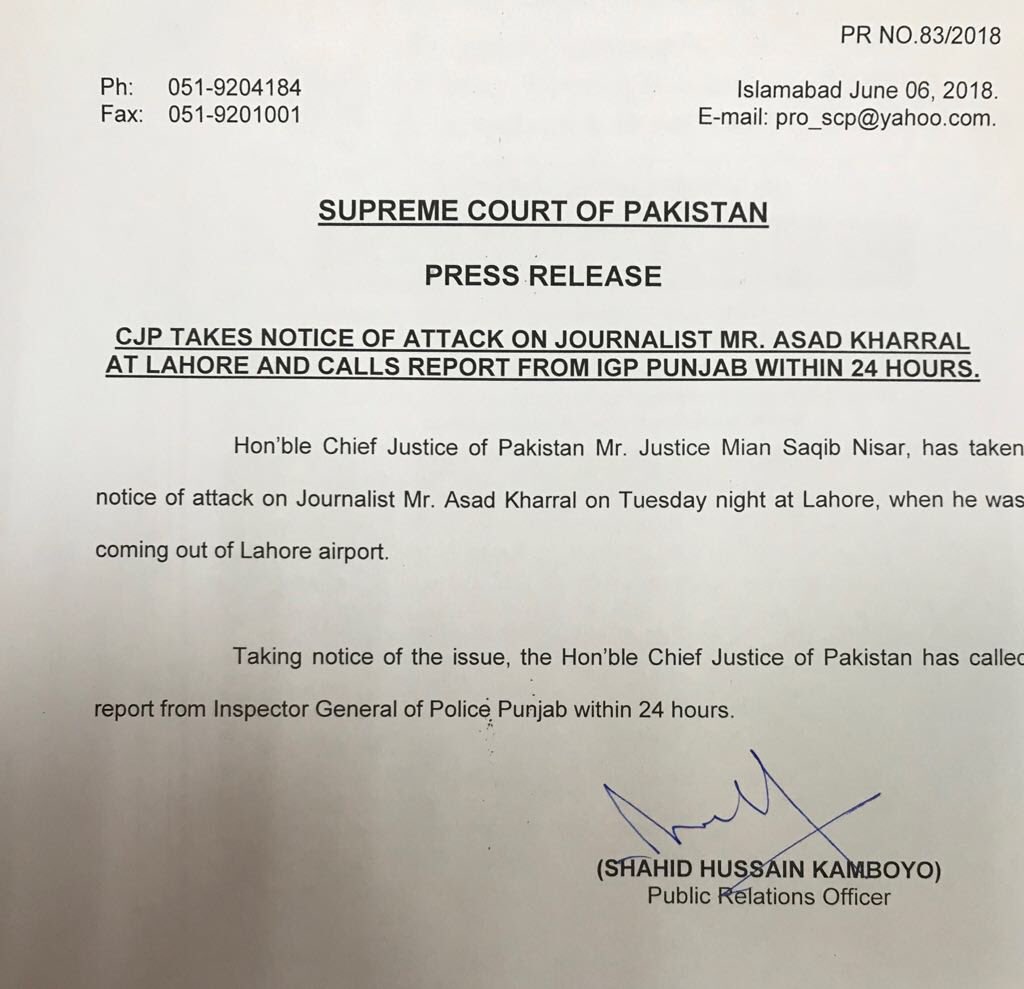 Asad Kharal, an investigative journalist and chief news analyst of BOL NETWORK, was badly beaten up near Lahore airport by armed men on Tuesday night. He was shifted to Lahore’s Services Hospital with multiple injuries.

In his tweet, Asad Kharal said that he was attacked by some persons wearing masks.

I have been attacked by some person wearing masks, I am in hospital.

According to initial reports, the attackers also snatched Asad Kharal's mobile phone and managed to escape from the scene.