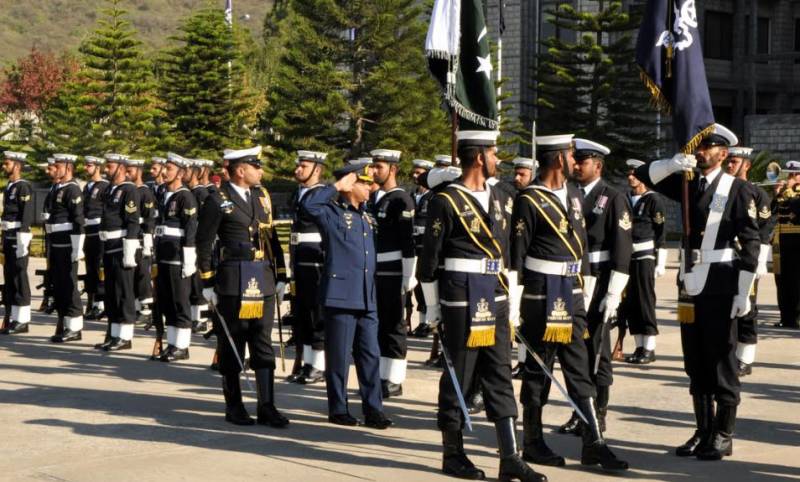 Sohail Aman would retire on March 18 after holding in office for three years.

Upon arrival at Naval Headquarters, the chief of the air staff was received by CNS Admiral Zafar Mahmood Abbasi. A smartly turned out contingent of Pakistan Navy clad in ceremonial dress presented him the Guard of Honour.

During the call, Admiral Zafar Mahmood Abbasi acknowledged and commended the remarkable services of Air Chief Marshal Sohail Aman for Pakistan and PAF.

The Naval Chief also highlighted the dynamic role played by Sohail Aman during his tenure of command to enhance the operational capabilities of Pakistan Air Force and improve synergy with the Navy.

Sohail thanked Admiral Abbasi for his support and well wishes.

President Mamnoon Hussain is due to appoint the new air chief on the advice of Prime Minister Shahid Khaqan Abbasi. Following the passage of the 18th constitutional amendment, the prime minister had been given the powers to select all the services chiefs.