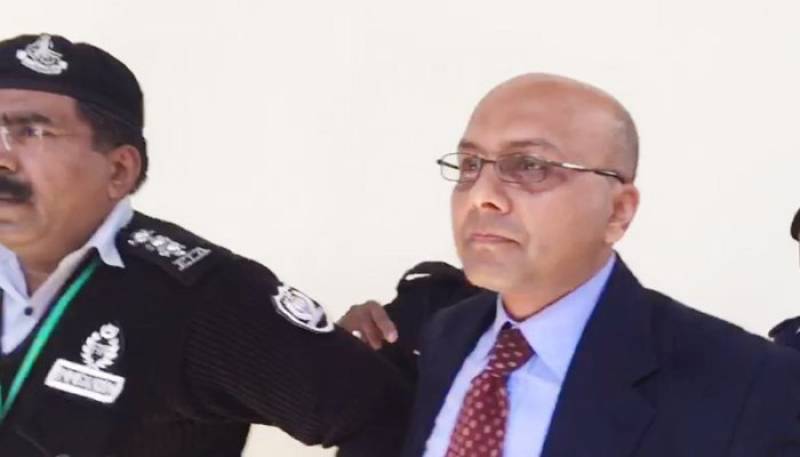 ISLAMABAD - The owner of Everest Pharmaceuticals, manufacturing spurious enhancement drugs, was arrested from the courtroom on the orders of the Supreme Court on Tuesday.

The arrest came as a three-member bench of the apex court, headed by the Chief Justice of Pakistan (CJP) Justice Mian Saqib Nisar, heard a complaint filed by the Drug Regulatory Authority of Pakistan (DRAP) with its Human Rights Cell against the company.

The bench, during the hearing, initially ordered the suspension of Bahawalpur's Regional Police Officer (RPO) Raja Riffat who was accused of safeguarding and backing company's owner Chaudhry Muhammad Usman however, the court withdrew its order later and allowed RPO Riffat to serve until the next hearing scheduled on March 8.

'Seal the factory and report the complaince in three hours' remarked the Chief Justice.

The apex court had ordered the Islamabad Police to ensure Usman's presence in court after he had remained absent during the previous hearing on March 2.

The complainant had accuseed Usman to have links with 'powerful individuals'. DRAP had also claimed that the Deputy Inspector General (DIG) Punjab was threatening the officials of authority.

DIG Riffat Mukhtar sought permission to clarify his position, however, the court did not allow him to do so.

Dismayed by the insult, the official asserted that he deserved respect, however, the 'furious' CJP negated his viewpoint and observed that he did not deserve respect owing to his activities.

The top judge also ordered the Federal Investigation Agency and National Accountability Bureau to scrutinise the assets of DIG.