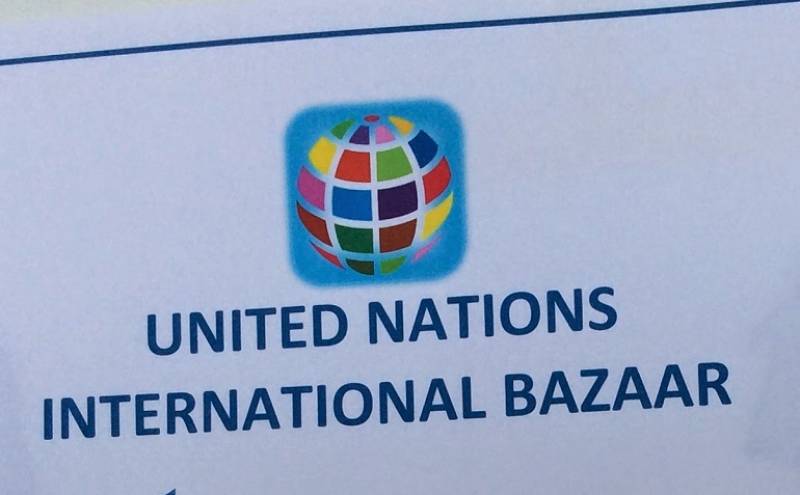 NEW YORK (Staff Report) - A range of Pakistani products, both food and merchandise, were on display – and for sale – at the annual United Nations International Bazaar held at UN Headquarters in New York.

Braving cold weather and intermittent rain, a large number of people visited the bazaar, which was organized by the UN Women’s Guild (UNWG) in collaboration with various permanent missions of the United Nations. The event featured cuisine from around the world as well as fine arts and handicrafts.

Pakistan had set up two stalls at the Bazaar, one for food and other featuring clothing and handicrafts.

The wife of UN secretary-general, Ban Soon-taek, who is a patron of the Bazaar, visited the Pakistani stalls displaying dresses and other items.

She was greeted by Pakistan UN Ambassador Maleeha Lodhi. Mrs. Ban praised the quality and sophistication of the Pakistani products.

Meanwhile, the other stall — featuring biryani, chicken tikka and kebabs — attracted big crowds. The food was sold out in no time.

The money raised at the bazaar will be donated to UNHCR for the Syrian Refugees and to United Nations Women’s Guild administered projects to help children and women at different locations.