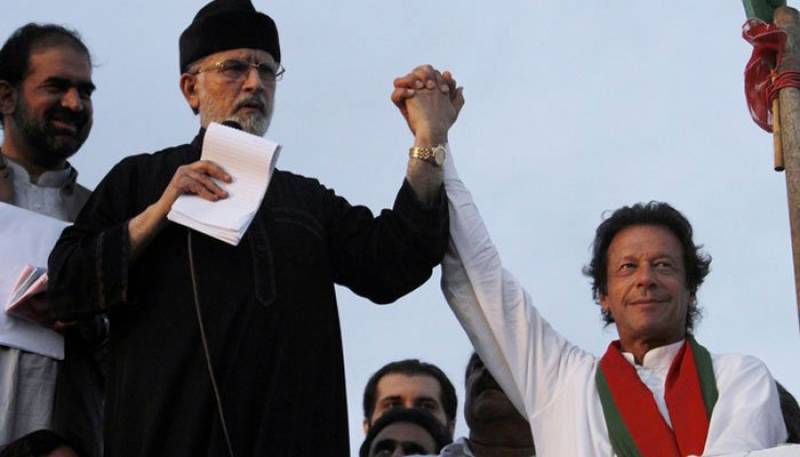 ISLAMABAD - An Anti-Terrorism Court Judge, in his remarks on Friday, said that the police has failed to submit property records of Pakistan Tehreek-e-Insaf Chairman and Pakistan Awami Tahreek Leader, Imran Khan Niazi and Tahir-ul-Qadri, respectively.

In the on-going hearing of Asmatullah Junejo case , court directed Inspector General and Chief Commissioner to submit property documents of both leaders before the court on next hearing.

The ATC has maintained the status of absconder on both leaders.

Pakistan Muslim League-Nawaz's representative, Daniyal Aziz - while reacting to the development- said that Nawaz Sharif obeyed the law by appearing before courts.

He demanded for actions to take place against those who were involved in attacking parliament and PTV. "Those who are involved institutions to achieve their political goals have done injustice with the nation," he further added.