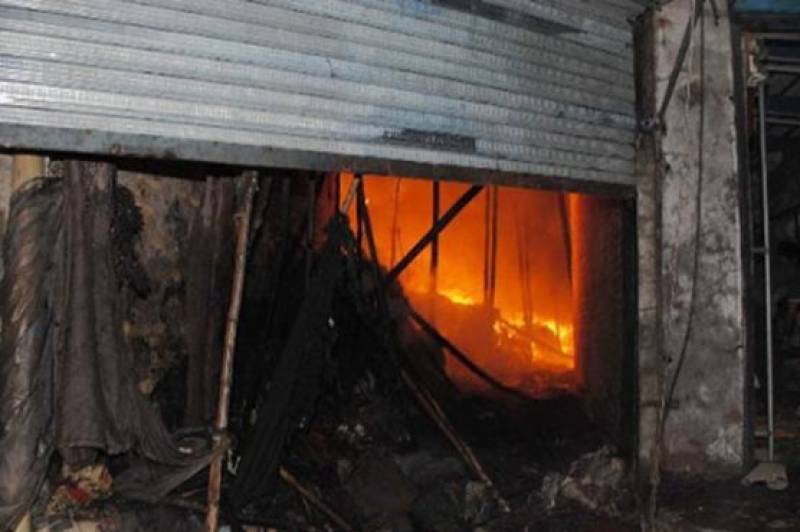 LAHORE - The non-professional attitude of Lahore Development Authority (LDA) inflicted a massive loss of over 50 million to a businessman of Khyber-Pakhtunkhwa (KP) who used to live in Punjab's capital for his earnings.

According to an exclusive report by Daily Pakistan, a businessman's shop was ruined after LDA officials launched an anti-encroachment drive on the Ferozepur Road area.

The owner of the shop, Khan Electronics, said that his shop was neither illegal nor had it encroached, but the blunder by LDA officials caused him a loss of millions.

The owner, hailing from Northwest province, expressed that the officials of LDA came here to remove encroachments with a crane and broke all the wires connected to the main WAPDA line for electric supply.

The businessman further said at that moment the electric supply was cut off by Wapda side but the moment the supply was resumed, a short circuit (due to open wires) ignited a fire which ruined his valuables in the shop.

LAHORE - In order to retrieve land from illegal occupants and land mafia, the Lahore Development Authority (LDA) on ...

The aggrieved businessman held LDA officials responsible for his loss because they did not put in place arrangements necessary for the operation after its completion.

The honor of the shop further said he voted Imran Khan for a change, adding that he wants compensation of his loss along with strict legal action against those who were behind the mismanagement.

One of the legal experts said that the whole responsibility lies on the shoulders of LDA which did not clear the area after the operation had ended.

He further said that an application to register FIR against DG LDA, LESCO and rescue 1122 has already been filed.

He expressed that had there been all the relevant officials present on ground to see the ongoing operation with every department fulfilling its responsibility, the incident could have been avoided.

The mismanagement of Lahore Development Authority is being laid bare due to multiple incidents highlighting the inefficiency of the department.

Earlier, it was reported that an auction of 22 plots, which were earlier leased out to oil companies or petrol pumps, held by the Lahore Development Authority (LDA) could not attract a single bid due to unrealistic prices.

LAHORE - An auction of 22 plots, which were earlier leased out to oil companies or petrol pumps, held by the Lahore ...