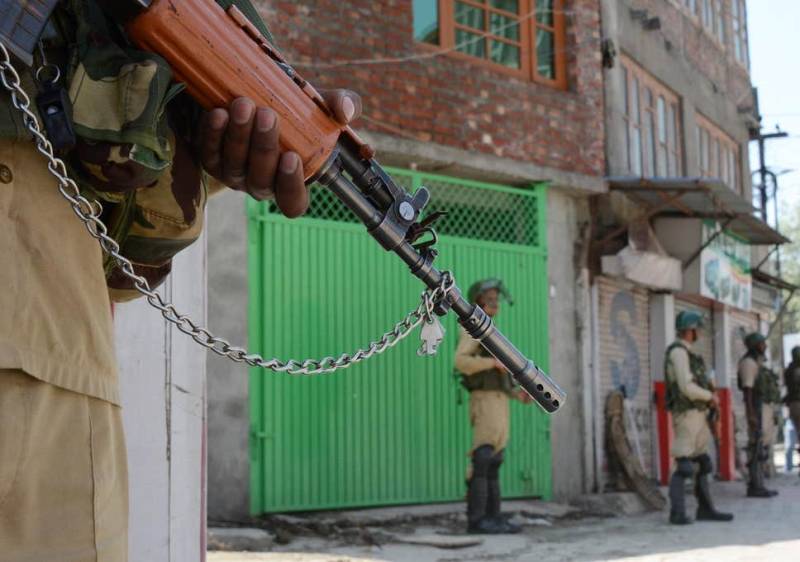 ISLAMABAD – The military siege continues on the 63rd consecutive day, with all shops, main markets and educational institutions continue to remain shut and public transport off the road in the Indian occupied Jammu and Kashmir region.

As Kashmir getting into the third month of the crisis triggered by the August 5 decision of abrogation of special status and downgrading of the Jammu and Kashmir, normal life remains paralyzed in the territory.

Since revoking the Article 370, Indian authorities have flooded the Kashmir Valley, the heart of a decades-old armed insurgency, with thousands of additional troops.

Mobile internet and phone services have been cut and landline phone access remains spotty, disrupting daily life and business in the valley, home to about 7 million people. More than 2,000 people, including mainstream political leaders, are locked up or under house arrest.

The train that runs between Baramulla and Banihal continues to be frozen for more than nine weeks now, reported by Kashmir Media Service.

Meanwhile, authorities made two efforts in the past nine weeks to reopen the schools. On both the occasions, the students did not come to schools. Officials admit that the students are not turning up.

Students preparing for professional courses or major examinations have suffered a lot because of the lack of communication. Some of them, who are enrolled with a few coaching centres, have actually migrated to Jammu for the time being.

WASHINGTON - US Senator Chris Van Hollen has been denied permission to visit Occupied Jammu and Kashmir amid his India ...

The life in Kashmir periphery continues to be dull. The residents of Kashmir valley are facing severe hardships due to shortage of essential commodities due to continued blockade and fast approaching winter.

The opening of Jamia Masjid is considered to be the absolute parameter of normalcy, but it has not seen any Friday gathering for the past nine weeks.

In certain areas people have been able to harvest the Apple but mostly it is still on the trees in Shopian, Pulwama and parts of Kulgam. If the apple picking does not pick up quickly, it can have serious impact on the economy of Kashmir that will last for more than a year.

On the other hand, a former PDP worker, Sajad Hussain Mantoo, was injured in firing by unknown attackers in Islamabad district. Mantoo received bullet injuries in his abdomen and thigh and was rushed to the district hospital, the police said, adding that his condition is stated to be stable.