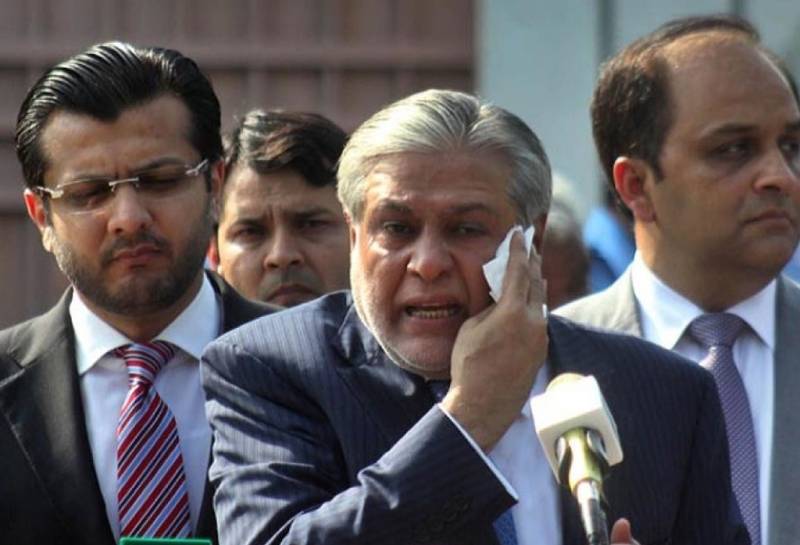 LAHORE - The Supreme court of  Pakistan has dismissed the case against former finance minister Ishaq Dar regarding the uprooting of the park near his Lahore residence after the politician submitted a cheque before the top court.

Chief justice of Pakistan Mian Saqib Nisar in a suo moto case over the demolition of a portion of a park for construction of a road leading to former finance minister Ishaq Dar's residence had ordered Lahore Development Authority to restore park in its original form, last month.

During the hearing of the case on Saturday by a three-member bench, LDA authorities submitted their report informing the court that Rs4.9 million was spent to restore the amusement park.

CJP handed over the cheque submitted by ex-lawmaker to LDA authorities and remarked that Dar in his application has not confessed his crime.

Afterwards, the court dismissed the case against Ishaq Dar, who is undergoing medical treatment in London.

As per the details, LDA had taken over 1 Kanal and 6 marlas of the park to build the road following which a leading television channel aired the report and decried the 'abuse of power'.

The apex court had then issued notices to Dar and LDA and had also ordered authorities to publish an advertisement to summon the legislator besides ordering DG LDA to restore the park in 10 days.