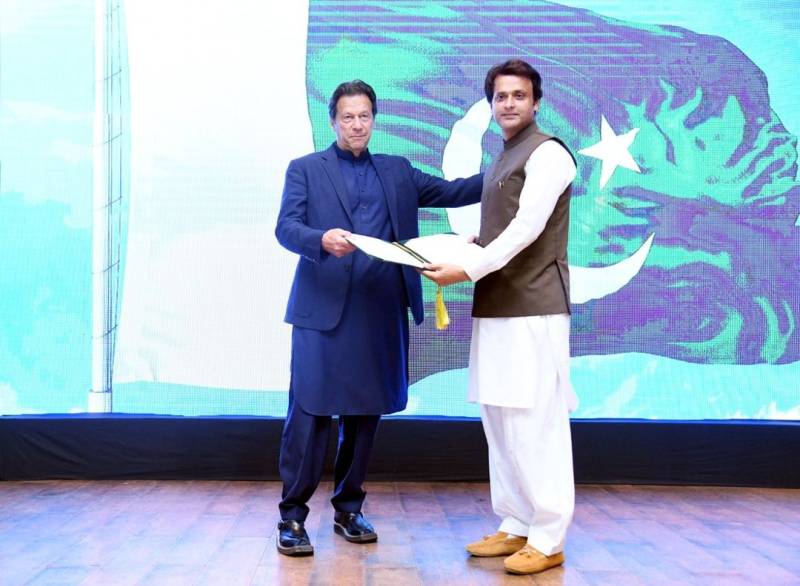 ISLAMABAD – Prime Minister Imran Khan Tuesday awarded a certificate of appreciation to Malik Adnan, who tried to save a Sri Lankan citizen from being lynched by a mob in Sialkot.

The premier honoured the bravery of the Pakistani citizen at a condolence reference held in Islamabad for the Sri Lankan manager Priyantha Diyawadana, who worked at a garment factory in the city of Punjab province.

Addressing the event, he said that Malik Adnan’s valour act is an example for the whole nation, adding that people will remember him for standing against the beasts.

He announced that Adnan would be awarded the Tamgha-i-Shujaat, the top civilian gallantry award, on March 23, Pakistan Day.

The prime minister also vowed that nobody will be spared resorting to violence under the garb of religion.

he said that Prophet (PBUH) was sent by Allah Almighty as a blessing for the whole world.  He said the Holy Prophet brought an ideological revolution and united humanity. He said that the message of the Last Prophet was based on humanity and justice.

Expressing regret over the Sialkot incident, the premier said that such an inhumane act brought embarrassment to the entire nation and damaged its image. He said that the way horrific incident of Army Public School united the whole nation against terrorism, now the government has also decided that Sialkot like despicable incidents will not be allowed in future.

ISLAMABAD – Malik Adnan, who was named for 'Medal of Bravery' for endangering his own life in a bid to save ...