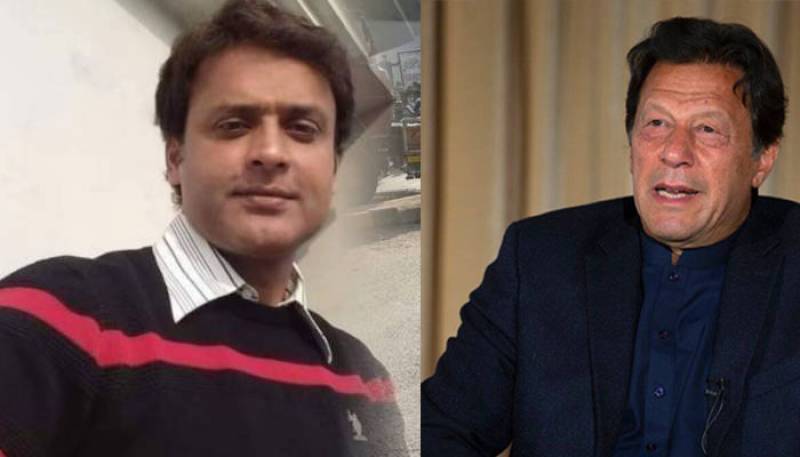 ISLAMABAD – Malik Adnan, who was named for 'Medal of Bravery' for endangering his own life in a bid to save Priyantha Diyawadana from a vigilante mob, is set to meet Prime Minister Imran Khan in the PM Office today.

PM’s aide on Political Communication Shahbaz Gill on Monday announced that Malik Adnan — a colleague of Priyantha Diyawadana, was staying at Prime Minister House as a guest and will meet the premier on Tuesday.

Gill also added that Tamgha-i-Shujaat [Medal of Bravery] will be conferred on Malik Adnan, who was spotted shielding the Sri Lankan, at a special ceremony to be organized at PM Office. His stay has been arranged in accordance with protocol reserved for foreign dignitaries.

The clip of Adnan making desperate attempts to rescue Priyantha from the wild-eyed mob came to the fore, earning praise from Pakistanis.

Meanwhile, a condolence reference will be held at the PM Office today for the Sri Lankan national who was killed last week. The ceremony is aimed to express solidarity with the bereaved family and the Sri Lankan government over the heart-rending incident.

At the remembrance ceremony, a certificate of appreciation will also be awarded to Malik Adnan, in recognition of his bravery in trying to rescue Kumara from being lynched.

Earlier, the Prime Minister, on behalf of the nation, saluted the moral courage and bravery of Adnan for endangering his own life amid the heart-wrenching incident that shook the nation.