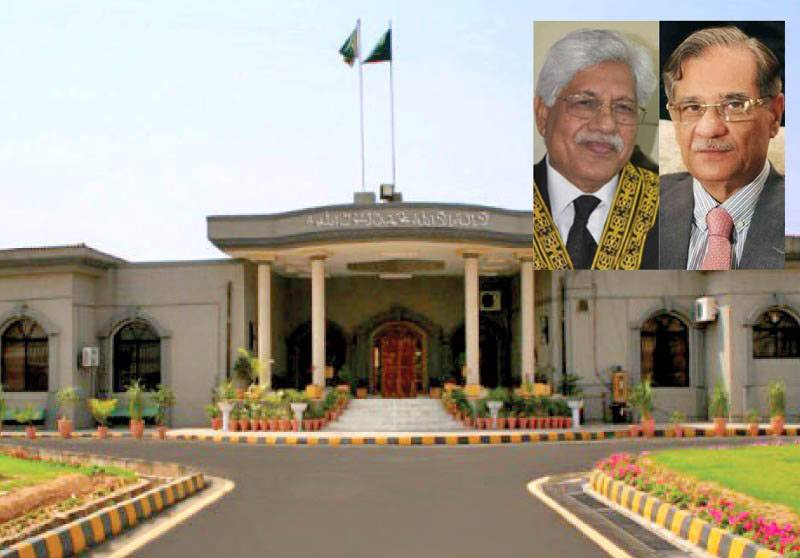 ISLAMABAD – Islamabad High Court Chief Justice Athar Minallah warned the former judge Rana Shamim that charges would be framed against him on December 13 if the original affidavit was not produced.

Justice Minallah, who was hearing the contempt of court case against Shamim and three others over an investigative report that published the alleged affidavit, expressed displeasure over Shamim’s refusal to submit the original document.

Meanwhile, the former GB judge in a response submitted to the IHC said the affidavit referred in the show-cause notice has neither been circulated to any media house by the answering respondent nor it has been shared with anyone, with the intent to be made public.

He also mentioned that he got the affidavit notarized in the British capital because he had no intention of making it public during his lifetime. “I handed it over to my grandson in London with a clear instruction that neither he would open it nor share the same with anyone”, he said.

The response submitted to the court also added that the conversation between former CJP Saqib Nisar and the ex-GB judge took place outside Pakistan.

Earlier, Shamim, during the last hearing, distanced himself from the affidavit saying he had yet to examine it and adding that the actual affidavit was sealed and in a locker in the UK.

Last month, a 'leaked' affidavit on which leading daily report was based, the former judge allegedly stated that the Saqib Nisar during his visit to GB made a call to an IHC judge and asked him to ensure that ousted PM Nawaz Sharif and his daughter are not released on bail before general polls. IHC CJ then issued show-cause notices to all people linked with the case under the Contempt of Court Ordinance.