Hope Pakistan & India can work together, cooperate in SCO: China 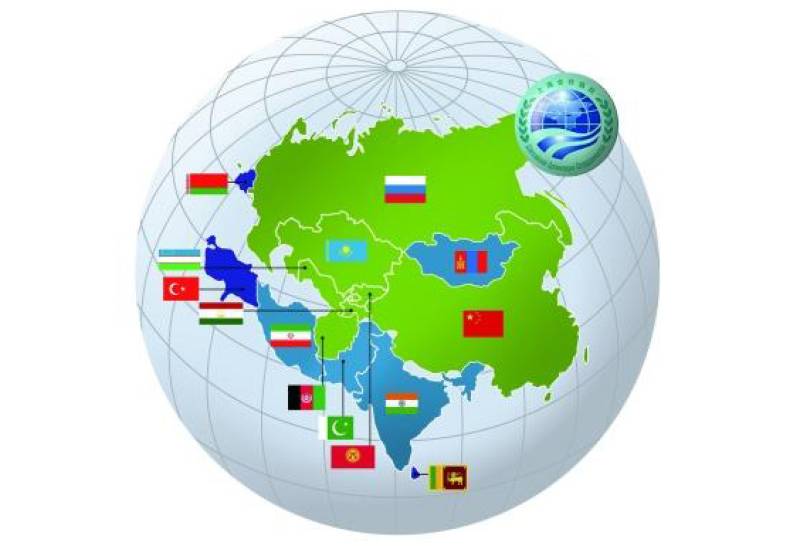 BEIJING - China has said that the Shanghai Cooperation Organisation (SCO) provides a framework for India and Pakistan to strengthen cooperation, expressing hope that the two countries will work together for regional peace.

The Chinese foreign ministry, in a written response to questions from an Indian daily, also hoped the two sides would find a solution to the Kashmir issue through dialogue, indicating that discussions on it have no place in a multilateral forum like the SCO.

The ministry’s remarks came amid worries that inimical ties between India and China could fracture the unity of the bloc. The two neighbours were included in the now-eight-member grouping last year and will take part in its summit for the first time. Prime Minister Narendra Modi will attend the 18th SCO summit, to be held in Qingdao in eastern China on June 9-10.

China also indicated that India not supporting its Belt and Road Initiative (BRI) will not be a problem in SCO, as the major infrastructure project matched the “strategies of various countries and regional cooperation initiatives”.

Experts have voiced concern that India and Pakistan could carry their baggage of hostility to the grouping.

India could raise the issue of cross-border terrorism and Pakistan, in turn, could highlight the Kashmir dispute during the summit, damaging the picture of SCO unity so carefully nurtured by China and Russia, they said.

But the Chinese foreign ministry played down the differences. On Kashmir, it said: “China’s position on the Kashmir issue is consistent. This issue is a legacy one between Pakistan and India.”

“Both Pakistan and India have formally joined the SCO and hope that the two countries will strengthen cooperation within the framework of SCO and jointly safeguard regional peace and stability,” it said.

The ministry reiterated China’s stand on terrorism. “China resolutely opposes terrorism in any forms and supports the international community in strengthening international counter-terrorism cooperation, forming a joint force, and working together to ensure security and stability regionally and globally.”

“We believe that all member states will continue to promote the ‘Shanghai Spirit’, deepening solidarity and mutual trust, enhancing cooperation to a new level,” it said.

On the prickly issue of India being the only SCO country not supporting BRI, Beijing said the initiative’s parameters matched regional initiatives of member countries.

The ministry sidetracked the problem but said the BRI has full support from the remaining SCO members – another apparent nudge to India to join the project.

“Since the launch of the BRI, it received active support and response from the SCO members. Within the framework of SCO, all parties jointly promote the development of the BRI,” the MFA said.

“Also, it matches the strategies of various countries and regional cooperation initiatives. The SCO member countries have actively implemented cooperation projects in various fields and brought tangible benefits to their people.”

The inclusion of India and Pakistan in the SCO has expanded the bloc’s influence, the foreign ministry said.

“After the joining of India and Pakistan as member countries, the SCO has become a very comprehensive regional cooperation organisation with the most extensive area, the largest population and greatest influence.”

India and Pakistan have fully integrated into various cooperation mechanisms and have made great contributions to “deepening cooperation among member states in security, economy, humanities and other fields. All parties highly valued this”.

“It is believed that all parties will use the upcoming Qingdao Summit as a great opportunity to gather new consensus for cooperation, deepen pragmatic cooperation in the areas of security, economy, humanities and others, and continuously enhance the SCO’s international influence so it can maintain healthy and stable development,” the ministry said.