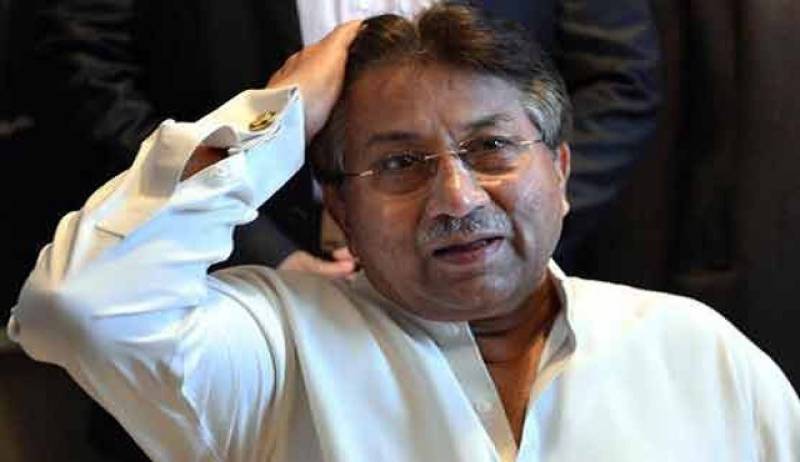 During the hearing of the case on Thursday, the top judge assured that the former president would not be arrested upon his arrival on the next hearing.

A three-judge bench, headed by the Chief Justice of Pakistan (CJP) Justice Mian Saqib Nisar, resumed the hearing of Musharraf’s review petition against his disqualification by the Peshawar High Court in 2013 and directed the former military ruler to appear before the top court’s Lahore registry.

"We will pass an order ensuring authorities do not arrest the former president before his appearance in court," the CJP declared.

Upon this, Musharraf's counsel told the court that the deadline was approaching for his client to file his nomination papers.

To this, Justice Nisar remarked that he will direct the returning officers to accept Musharraf’s nomination papers conditional to the final verdict on his appeal.

The Peshawar High Court (PHC) had announced lifetime disqualification for former president Pervez Musharraf prior to the 2013 general election; Musharraf had filed a plea in 2016 in the Supreme Court against the verdict.