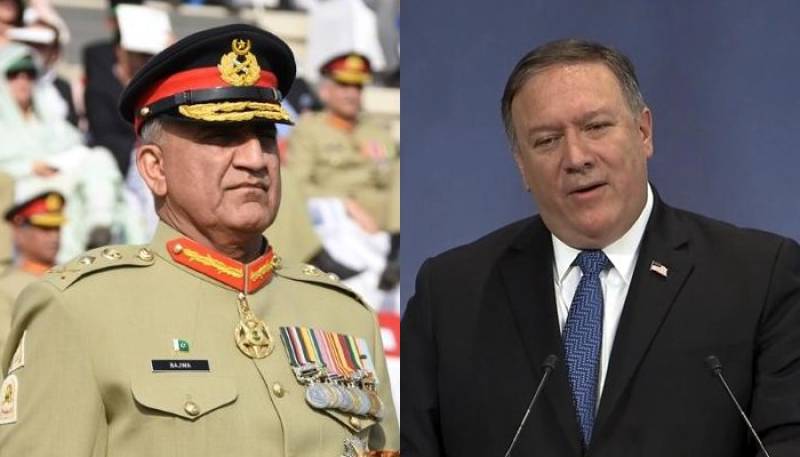 During the conversation held on Wednesday, both high ups discuss ways to advance bilateral ties between Pakistan and the US, State Department spokesperson Heather Nauert confirmed.

.@SecPompeo also spoke today w/ #Pakistan Chief of Army Staff Qamar Bajwa. They discussed advancing U.S.-Pakistani relations, the need for political reconciliation in #Afghanistan, and the importance of targeting all militant and terrorist groups in South Asia w/o distinction.

The spokesperson further said that other topics included “the need for political reconciliation in Afghanistan and the importance of targeting all militant and terrorist groups in South Asia without distinction”.

It is the first such high-level talks took place since both countries slapped travel restrictions on diplomats. Islamabad had slapped reciprocal limitations on United States diplomats in the country after President Donald Trump's administration took a harsh step.

The US has also demanded that Pakistan take action against the Haqqani network as well as the Taliban without discrimination.

Pakistan, however, has denied all such allegations of giving shelter to terrorists, maintaining that it would continue to wage its war against terrorism.