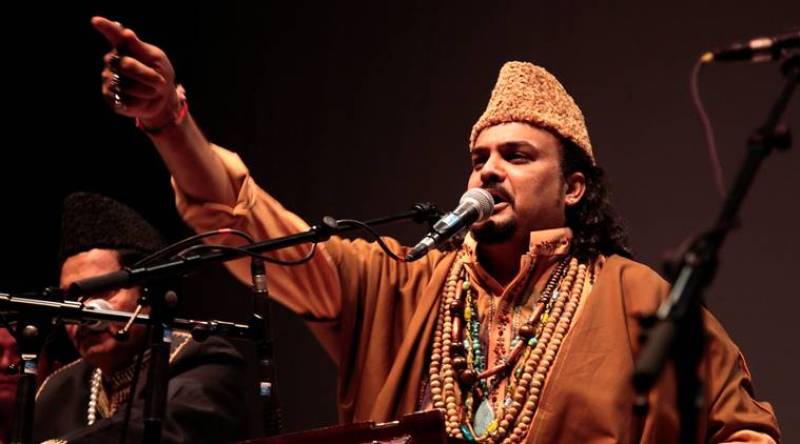 The minister said two criminals Ishaq alias Bobby and Asim alias Capri involved in Amjad Sabri's murder had been arrested from the Liaqatabad area of Karachi. A large cache of weapons was also recovered from their possession.

"The CTD headed by Raja Umar Khattab made a major breakthrough and arrested two people from Liaquatabad called Ishaq alias Bobby and Asim alias Capri. Their weapons were also recovered... After a probe and forensic investigation, we found proof of involvement in 28 cases."

The men are affiliated with the Lashkar-i-Jhangvi Naeem Bukhari group, the chief minister said. "There is no affiliation with a political party, it is a proscribed organisation."

"Asim alias Capri was Amjad Sabri's neighbour. We have not found any motive [behind the murder] as yet, but it seems sectarian to us because Sabri used to frequent majalis and had links to Ahle Tashi," he said.

Karachi police have claimed to have solved four high-profile cases.

The arrested criminals are involved in the murder of police and military police personnel and those who attacked a Majlis in the Nazimabad area. A large cache of arms and ammunition was also recovered from the criminals.

A large cache of arms and ammunition was also recovered from the criminals.

Amjad Sabri was gunned down earlier in June by a motorcyclist near his Liaqatabad residence. He was on his way to a television studio to attend a Ramazan transmission when the incident took place.