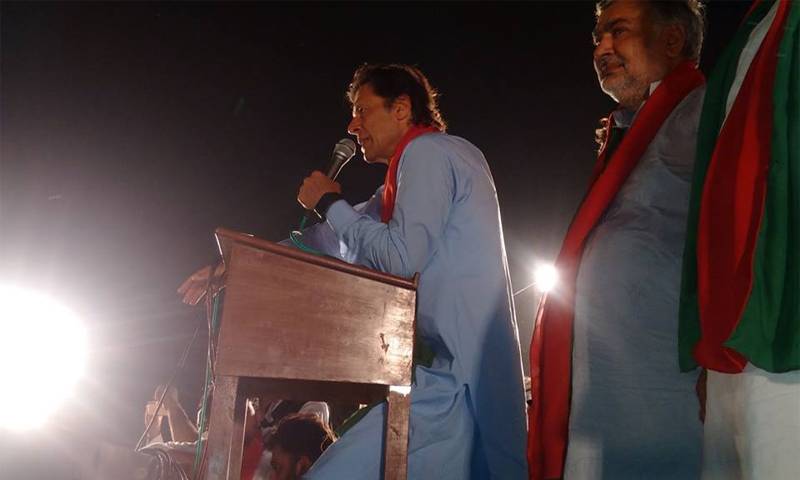 “Mian sb (Nawaz Sharif) is the most corrupt person in Pakistan,” he claimed.

Khan also raised question over power generation and distribution policies of current government while he compared Indian power distribution system for local farmers with the one being implemented in Punjab, Pakistan, TheNewsTribe.com reported.

“Shareef family only knew how to make money,” he said “nation was in need for schools instead of Metro bus.”

“Fight till last ball was my practice in cricket and will do the same in politics, will never do what current rulers are doing with taxes and national resources,” said Khan.

Imran Khan paid thanks to the people of Okara for giving so much respect and love. I got too much respect from my nation more than prime minister received,” he added.

Khan slammed government of Pakistan and declared Prime Minister as a beggar. PTI chief cleared that this political gathering is not organised to boost up the campaign of NA 144, this gathering is arrange to wake up the nation.

“I came here to teach you how to fight against corrupt and brutal leaders,” he added.

Shah Mehmood clarified that he did not join PTI for position. ” I just want to change the system of Pakistan under the banner of of PTI”, he added.

Imran Khan assured the audience about his party performance in by-elections as he said PTI will win Lahore and compete well in Okara.